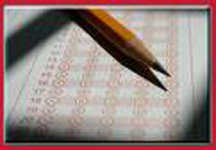 In a finding with implications for the debate over the No Child Left Behind Act, a faculty-student research team at the University of Notre Dame has concluded that test score data currently used to make comparisons among schools could be better used to diagnose strengths and weaknesses and improve performance within individual schools.

Writing in the journal Educational Researcher, the Notre Dame researchers said that the current system ofcross-sectional comparisons of different cohorts of studentsmostly hold schools accountable for factors beyond their control, namely, random variations in test performance and changes in the knowledge and skills that students bring to school to begin with.

They advocatea dramatic shift in the use of cross-sectional standardized test data, from comparisons across schools, which are known to be unreliable, to potentially useful within-school analyses.

The researchers are Sean P. Kelly, assistant professor of sociology, and Laura Monczunski, a 2007 Notre Dame graduate who now is doing graduate work at Purdue University. Their findings were published in the June/July issue of Educational Researcher.

The holy grail of standardized testing isvalue-added,a clean measure of student achievement that can be attributed to the school, as opposed to the students home or other sources of learning.

In contrast, they note, existing state test data can reliably identify important differences in subject-matter performance within schools.The use of standardized test data might have a more positive impact on classroom instruction if it is used to detect and showcase best practices within schools, rather than labeling and sanctioning schools.