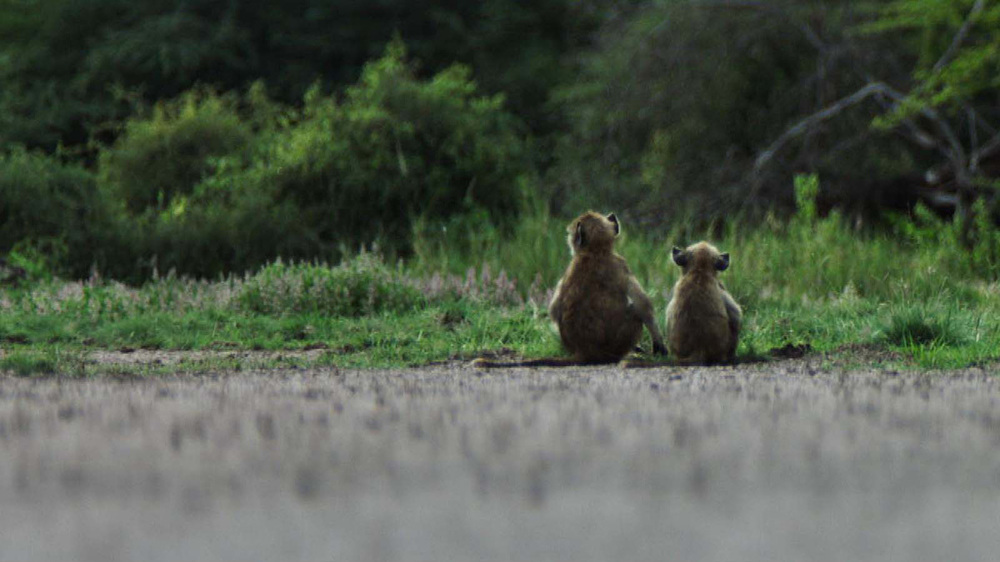 Harsh conditions in early life are a fundamental cause of adult stress, and according to new research from the University of Notre Dame on wild baboons, this effect is not explained by a lack of social support in adulthood. The study is the first to present a comprehensive analysis of relationships between early life experiences, adult social bonds and adult stress responses within a single biological system.

Published in the Proceedings of the National Academy of Sciences, the research sheds light on the long-term effects of experiences such as famine, abuse, neglect or the death of a parent in early childhood. The researchers argue that dysregulated stress responses caused by those experiences — including elevated stress hormones — take a physiological toll on the body, and remain unaffected by healthy, supportive relationships in adulthood.

“Scientists have long believed that the link between early life adversity and adult stress could be due to a lack of social support in adulthood,” said Elizabeth Archie, associate professor in the Department of Biological Sciences at Notre Dame and co-author of the study. “But what we’ve found through this study is that long-term effects of childhood hardships are more powerful than the near-term effects of social support — even if those experiences took place many years in the past. The effects of early adversity and social support on stress appear to travel along independent physiological paths — so ‘fixing’ one won’t necessarily fix the other.”

One of the challenges to fully understanding how early childhood adversity can manifest in adulthood is that it requires measuring and tracking experiences from birth over the course of several decades.

Archie’s team analyzed data collected from 192 female baboons who were studied from birth through the Amboseli Baboon Research Project, an ongoing longitudinal effort that has been conducting research on the behavior of wild baboons in Kenya for almost 50 years. The animals are close evolutionary relatives to humans, and on average, they share a genetic similarity of 94 percent. Like many primates, baboons are highly social. They live in groups of around 20 to 150 animals, including several adult females, adult males and many offspring.

For the study, researchers measured life experience against levels of glucocorticoids (fGCs) — hormones that regulate physiological functions such as metabolism and immune function, and moderate the body’s response to stress.

“Dysregulations in stress hormones or stress response are major risk factors for depression, anxiety, chronic inflammation and other health problems, so the experience of early life adversity is thought to contribute to global health disparities,” said Archie, who also serves as associate director of the Amboseli project.

While previous research has shown experiencing hardships in childhood can make it harder to form strong, supportive relationships as adults, the Notre Dame study found that even when social bonds were developed in adulthood, it had a minor effect on fGC levels and physiological responses to stress.

Co-authors of the study include Susan C. Alberts, Laurence Gesquiere, Fan Li and Shuxi Zeng at Duke University; Jeanne Altmann at Princeton University; Fernando A. Campos at the University of Texas at San Antonio; and Stacy Rosenbaum at the University of Michigan. Archie is affiliated with Notre Dame’s Eck Institute for Global Health and Environmental Change Initiative.

The National Institutes of Health and the National Science Foundation funded the study.

For more on the Amboseli Baboon Research Project, visit amboselibaboons.nd.edu.

As global shipping increases, non-native species could threaten the Arctic