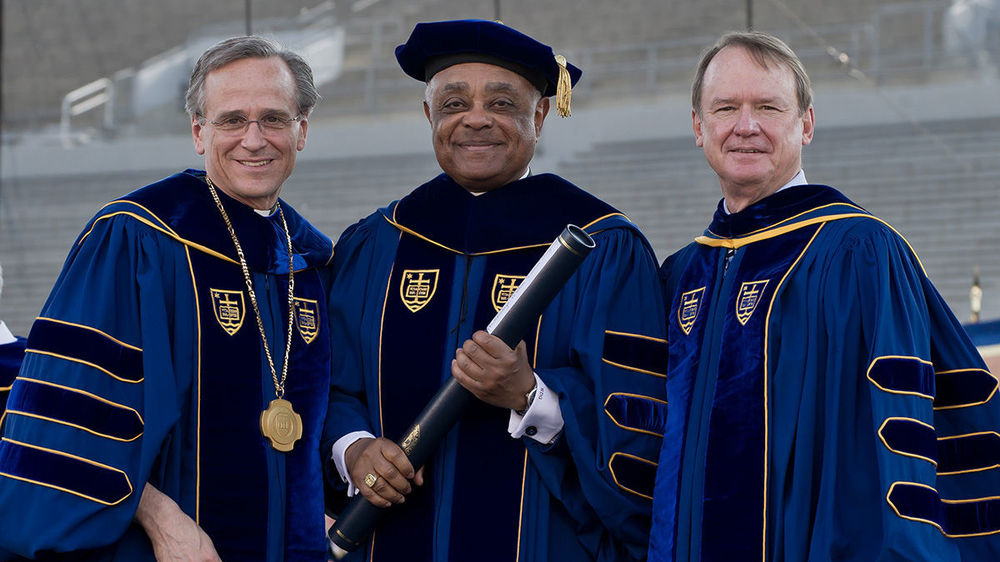 "We offer Archbishop Gregory our warmest congratulations on his elevation to cardinal by Pope Francis and assure him of our prayers and support. The University bestowed an honorary degree on Archbishop Gregory in 2012, having long admired his pastoral compassion and courageous voice. Archbishop Gregory's appointment as the first African American cardinal is particularly important at this critical moment in our nation’s struggle for racial justice and equality."