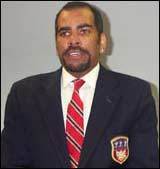 Rachel Weiler, recently graduated Notre Dame senior, is just one of the many students who say the University’s African and African American Studies Program (AFAM) has had a powerful impact on her plans for the future.

A prime example of the varied academic backgrounds of AFAM students, Weiler is pursuing a career in nursing, and says her decision to minor in AFAM affected her life both socially and academically, by giving her a broad-based learning experience.

“Being an AFAM minor has allowed me to take a wide variety of classes including history, anthropology, sociology, film and literature, which concentrate on the African American culture in America from these varied perspectives,” she said.

Students like Weiler have been sharing in AFAM’s success for three decades. Now in its 30th year at Notre Dame, the program was created to promote diversity through an educational and cultural awareness of the histories, literatures and languages of African-Americans. It was initiated by a small group of African-American and white students during a meeting with then-University president, Rev. Theodore M. Hesburgh, C.S.C., who readily agreed the field of study should be part of the curriculum. Thirty years later, participants in the second major/minor program apply subjects learned in the classroom to both the Notre Dame and surrounding communities.

Some 30 undergraduate students currently are enrolled in AFAM, as either a second major (24 credit hours of coursework) or minor (15 credit hours of required coursework with a sub-specialty in history, literature or social science). Professors from various departments including political science, history and anthropology contribute to a wide array of courses.

“The best part of our program is the variety that exists,” said Richard Pierce, the program’s associate director and the Carl E. Koch II Assistant Professor of History.

“Contrary to popular belief, many of the participants in the program are white with a mix of African-American and Latino students. Since they are majoring in different disciplines and colleges, the diversity of the community nurtures intellectual growth.”

The program sponsors numerous campus activities such as the Black Poetry Day Celebration, the Taste of Africa and Diaspora dinner and other social gatherings, such as the Communitas Initiative, which organizes events among the African-American faculty and staff on campus.

AFAM also has developed relationships with the Northern Indiana and Lower Michigan communities. The Urban Research and Development Initiative allows Notre Dame students and faculty to have a positive impact on surrounding areas through the development of economic and social programs that are used to help solve problems facing America’s black urban population in such places as Gary, Ind., and Detroit. These ideas were applied to Benton Harbor Ministries, a faith-based organization in Benton Harbor, Mich., where the initiative assisted in setting up a template for fund raising and developing a Web site.

Program director Hugh Page believes AFAM’s objectives are important to both academic and community development. “It is the desire to accentuate diversity as an asset, not as a splinter of the community,” he said. “It brings together a varied, yet unified people.”

Students like Weiler share that sentiment, recognizing the importance of the program beyond the Notre Dame campus.

“In my essay for admittance into the Johns Hopkins School of Nursing after graduation, I wrote that my AFAM background has allowed me to learn and understand different facets of the African-American culture and therefore will aid me in my hopes of serving an African-American majority community,” she said. “I think that it is important to have an educated understanding of the people you would like to serve and I declared an AFAM minor so that I could do just that.”