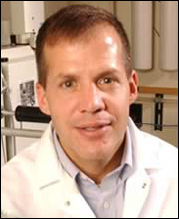 As the academic year concludes and summer settles on universities, an annual migration occurs as faculty depart for conferences, symposia, institutes and other academic pursuits. Jeffrey W. Talley, an assistant professor of bioengineering and environmental engineering at Notre Dame, is among those who have left, but its for a unique reason.p. Talley, who also is a colonel in the U.S. Army Reserves, is serving as a strategic planner for the War on Terrorism Directorate of the Joint Chiefs of Staff (JCS). He is one of just a handful of reserve officers who have been appointed to the Joint Staff in its history. He will spend a portion of the summer helping prepare Joint Staff Action Packages, which are white papers suggesting terrorism policies to JCS Chairman Gen. Richard Meyers, Secretary of Defense Donald Rumsfeld and President Bush.p. Talley spent six months serving as chief of operations for the U.S. Armys 416th Engineering Command during Operation Iraqi Freedom. During his stint in Iraq, Talley directed 4,000 engineers and soldiers who carried out the amazing feats of engineering and rapid construction that paved the way for the Iraqi campaign. He earned the coveted Bronze Star for his service in Iraq. He was graduated from the Army War College last summer, and then nominated and confirmed to a position on the Joint Staff.p. Talley reported to the Pentagon late last fall expecting to serve as an engineering logistics director Military and Policy Plans Directorate of the JCS. Upon his arrival, however, he was ordered to report to Brig. Gen. Vincent Brooks, deputy director of the U.S. Central Command. Brooks became one of the most recognizable faces of Operation Iraqi Freedom with his daily, televised press briefings.p. When Brooks requested that he join the Terrorism Directorate, Talley suggested that he wasnt qualified for the assignment.p. Gen. Brooks told me that he felt I was a citizen soldier who could bring a fresh set of eyes to the problems of the war on terrorism,Talley said.He felt that, as a professor, I was trained to communicate well. And, as an engineer, I was used to solving problems, a skill that is highly valued in the directorate.p. Talley remains a full-time member of the College of Engineering faculty; his work for the Joint Chiefs is conducted during semester breaks and summer reserve service. He maintains ongoing familiarity about his work while at Notre Dame through a daily briefing from the Pentagon.p. Talley joined the Notre Dame faculty in 2001 after earning a earning a doctorate in civil and environmental engineering from Carnegie Mellon University. He holds three masters degrees ? in environmental engineering and science from Johns Hopkins University, in history and philosophy from Washington University in St. Louis, and in religious studies from Assumption College. A third-order Benedictine with St. Anselems Abbey, he stays at the abbey during his Pentagon service and begins each day by joining in morning prayer.p. Talleys research examines chemical and microbiological processes that can treat groundwater, soils and sediments. Those processes can also be used to detect microbiological and chemical weapons.p. I am trying to apply my hazardous substances research to weapons of mass destruction,he said.p.