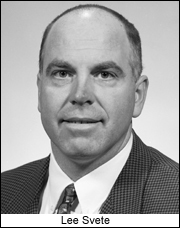 Making a successful leap from college student to gainfully employed member of society can be a daunting task for any graduating senior. This is especially true in times of an uncertain, albeit improving, national job market, where outsourcing and downsizing are all-too-common occurrences.p. The outlook has steadily remained bright at the Notre Dame Career Center, however, where, despite some challenges in the big economic picture in recent years, students are landing good jobs at an ever-increasing rate, thanks in large part to stepped-up efforts and new additions to the center’s staff.p. “We’ve really diversified our resources and services,” said Lee Svete, the center’s director. “For example, we have counselors in charge of each college, and we restructured the staff by appointing an associate director to work with first- and second- year students. We’ve also hired a Notre Dame alumnus to manage engineering career programs, focused a staff member on internship development, created a new employer development team of staff, as well as a staff member who focuses on diversity career programs.”p. Proof of the center’s success is clearly evident in the number of graduates who already have found employment by the time they pick up their diplomas. Among the Class of 2004, only 16 percent were still looking for work by the time they graduated; that figure reflects a 4 percent decrease from last year, when 20 percent still had not landed jobs before Commencement. Of the remaining 20 percent of the Class of 2003, all but 4 percent had been hired within six months of graduation, and Svete is optimistic that this year’s figures will follow suit, with a vast majority of new graduates settled into jobs within the same period of time.p. The Career Center reaches out to students from the time they arrive on the Notre Dame campus through their senior year, offering 187 workshops and programs last year alone on such topics as résumé writing, interviewing skills and field-specific career paths. Some 11,000 students took advantage of the center’s services in the 2003-04 academic year, which Svete believes reflects the interest of Notre Dame students in considering a wide variety of post-graduation options. “It involves the flexibility of our student body in terms of pursuing diverse career opportunities,” he said. “The majority of our students do a multi-faceted job search.”p. The center’s efforts with sophomores and juniors focus mainly on internships and work study programs, but with graduating seniors, the options are virtually limitless. Through career fairs, a $62,000 state-of-the-art video-conferencing facility, and a newly restructured on-line employment database that eliminates the “middle man” and puts companies directly in touch with prospective job applicants, the center is able to guide students, whether their career paths lead to service, graduate school, or the first rung on the corporate ladder.p. Also giving the center a boost this year is a $1 million grant from Lilly Endowment Inc., which was awarded to Notre Dame in 2003 in support of a five-year plan to combat the statewide “brain drain” resulting from the large numbers of Indiana college graduates who seek post-graduate employment outside of the state. The funds are supporting two staff members at the center and will provide stipends for students who complete in-state internships. If those students stay on at Indiana companies, the program will pay back their student loans for two-and-a-half years, providing an attractive incentive for graduates to consider a permanent stay in Indiana, or at least to get their foot in the door at an in-state company. “It will draw in a lot of students who may not have thought of pursuing an internship,” Svete said.p. By perpetually looking toward the future, Svete hopes the center will help Notre Dame students stay one step ahead of the game. He foresees a major job explosion in the next few years, as the first wave of “Baby Boomers” reaches retirement age.p. “We need to brace ourselves for some serious labor shortfalls,” Svete said. “Students graduating later in this decade will have some unbelieveable opportunities.”p. And with the help of the Career Center, they’ll enter the job market armed not only with a Notre Dame education, but also with the knowledge and experience necessary to utilize their degrees to the highest potential.p.