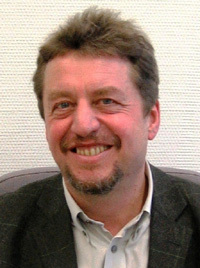 Internationally known sociologist and social theorist Hans Joas, director of the Max Weber Center for Advanced Cultural and Social Studies at the University of Erfurt in Germany, will present a lecture titled “The Axial Age Debate As Religious Discourse,” at 4 p.m. Thursday (Nov. 12) in the Andrews Auditorium of Geddes Hall at the University of Notre Dame.

The lecture, which is open to all Notre Dame, Saint Mary’s and Holy Cross College faculty, staff and students, is sponsored by the Notre Dame Institute for Advanced Study (NDIAS) and co-sponsored by the Center for Social Concerns.

Joas’ work has been translated into English, French, German, Korean, Polish, Russian and Spanish, and his publications in English include: “G.H. Mead. A Contemporary Re-examination of His Thought,” “Social Action and Human Nature,” “Pragmatism and Social Theory,” “The Creativity of Action,” “The Genesis of Values,” “War and Modernity,” “Do We Need Religion? On the Experience of Self-Transcendence,” and “Social Theory.” His most recent book in German is “Kriegsverdraengung,” a history of social theorizing about war from Hobbes to the present.

NDIAS hosts scholars from around the world and supports research that extends beyond the analysis of particular problems to the examination of larger, often ethical, ultimate questions. The institute is one of the five strategic research investments that Notre Dame recently has funded through a multi-million-dollar commitment of internal financial resources.