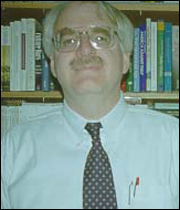 Kevin Christiano, associate professor of sociology at the University of Notre Dame, has been elected president of the Association for the Sociology of Religion (ASR). Currently president-elect, Christiano will serve as president from 2005 to 2006.p. The ASR, which seeks to advance theory and research in the sociology of religion, was formed in 1938 as the American Catholic Sociological Society. It is the oldest and largest scholarly society in its field and claims more than 800 members worldwide.p. A member of the Notre Dame faculty since 1983, Christiano is president of the American Council for Québec Studies and has served on the executive councils of the Association for the Sociology of Religion and the section on the Sociology of Religion of the American Sociological Association. In addition, he is a director-at-large of the Religious Research Association and member of the boards of the American Review of Canadian Studies, Mens: Revue dHistoire Intellectuelle de lAmérique Française, Sociological Focus and The Sociological Quarterly.p. Christiano has served as a visiting scholar in the Department of Sociology at Princeton University and in the Canadian Studies Center at Duke University. He is the author of “Religious Diversity and Social Change: American Cities” and “Pierre Elliott Trudeau: Reason Before Passion,” and co-author of “Sociology of Religion: Contemporary Developments.” Christiano earned his doctorate from Princeton.p.