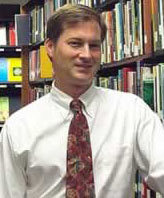 David A. Smith, associate professor of psychology at the University of Notre Dame, has been elected a fellow of the American Psychological Association (APA).p. According to APA by-laws, election to fellowship status requires evidence of unusual and outstanding contributions or performance in the field. Fellow status also requires that a persons work have had a national impact on the field of psychology beyond a local, state or regional level.p. Smiths research has been in two, non-overlapping areas: marital discord and schizophrenia. He has been conducting laboratory studies of the development, maintenance, treatment and prevention of destructive marital attributions using an experimental gaming model. He also has been studying the links between marital discord and depression. His research in these areas has been funded by the John Templeton Foundations “Campaign for Forgiveness” and the National Institute of Health.p. Smiths schizophrenia studies have been in the areas of brain event-related electrical potentials and affect.p. A member of the Notre Dame faculty since 1997, Smith also is director of the Notre Dame Marital Therapy and Research Clinic, a licensed and board-certified clinical psychologist, and serves as editor-in-chief of Applied&Preventive Psychology: Current Scientific Perspectives. He earned his bachelors and masters degrees from the University of Minnesota and his doctorate from the State University of New York at Stony Brook.p. Based in Washington, D.C., APA is a scientific and professional organization that represents psychology in the United States. With more than 150,000 members, APA is the largest association of psychologists in the world.p.