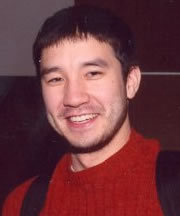 Benjamin Franklin once observed that:In this world nothing is certain but death and taxes.

For an undergraduate student, it might be said that nothing is certain but anxiety before finals, a roommate who makes odd sounds while he sleeps, and people asking that ever-present question:

Many students answer this question by choosing from a list of established programs, finding the one that most closely matches their interests. But for Notre Dame senior John Paul Lichon, who will graduate in May with a self-designed major in Asian studies, picking a major became about creating his own course of study.

When I was a sophomore, I was . . . actually a philosophy major,says Lichon, who is the first student to design a major through the Center for Asian Studies (CAS).I had taken Professor [Lionel] Jensens course, Chinese Waysof Thought,and I absolutely loved that class.

His interest sparked by the teaching of Jensen, CAS Director Susan Blum and others, Lichon realized that he wanted to study Eastern philosophy, literature and culture in particular, rather than philosophy in general. However, he didnt think any of the existing programs at Notre Dame would allow him to studyAsiaprimarily in English, with less focus on language acquisition. He went online and began exploring programs at other schools and even thought about transferring. But Lichon decided that there had to be a better option.

I knew I wanted to stay at Notre Dame just because its such an awesome place,he said.And I was just thinking: We have such a great school; how could we not satisfy my own needs?

After consulting the Bulletin of Information and seeing that he could design his own major, Lichon enlisted the help of Blum as well as Jensen, chair of East Asian languages and literatures, and Alfred Freddoso, professor of philosophy.

To get a sense of appropriate requirements for the proposed major, Lichon and Blum studied comparable programs at other universities, the requirements of majors at Notre Dame and the centers already-established minor in Asian studies. He then had to write a proposal for the major and present it to the Undergraduate Studies Committee of theCollegeofArtsand Letters, which approved it after discussion with him and Blum.

After it was all done, it was actually a lot easier than I expected,Lichon says of presenting to the committee.[T]hey were very supportive. The whole time, Dean [Hugh] Page was really supportive, too, being realistic with me [about] exactly what I needed to do, but also saying this was something they were promoting.

Lichons major requires a total of 10 courses: one each in the humanities, social sciences and literature; two in history; four electives; and a senior capstone essay. His area of concentration isChina, meaning at least four of his classes must focus on that country; he also must take two classes in his discipline of concentration, which is film. Lichon plans to write his capstone essay on the latest movie by director Tsai Ming-liang, about whom he previously authored a paper as part of a directed studies course.

While he was initially interested in studying Asian culture and philosophy, Lichon also undertook a rigorous course of language study and will graduate with a supplementary major in Chinese through the Department of East Asian Languages and Literatures. As part of the CAS curriculum, all students must complete Asian language courses in addition to the requirements of the minor or supplementary major in Asian studies. For Lichons self-designed major, the requirement was two years of Asian language study, which he more than fulfilled through courses he took at Notre Dame, in one ofMiddleburyColleges summer Language Schools and during a semester abroad inBeijing.

At Middlebury, they do a language pledge,Lichon says,so you are required to speak your language at all times throughout the entire summer. So even while youre eating dinner, even while youre playing sports or just hanging around, you always have to be speaking Chinese. That obviously helped a lot when I went toChina.

Within CAS, Lichon has helped launch an undergraduateAsiagroup which will plan activities aimed at cultivating dialogue amongst students, as well as between students and faculty members. Unlike many of the other Asian studies undergraduate organizations on campus, which he says function more as social groups, this group will focus on academic issues related toAsia.

We want to promote the study ofAsiaas an important part of the Notre Dame community,Lichon says.The group is working to coordinate events such as movies with discussions following, debates, lecture series, student-led conferences, etc.

The Center for Asian Studies appears to be the ideal home for such an endeavor.

I think the energy and the spirit behind it [CAS] is really strong,Lichon said.The way that Ive seen it grow in my time here and the way that its heading right now, its very exciting.