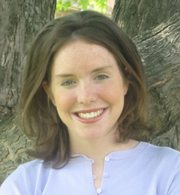 Sarah Streicher, a double major in English and French from Toledo, Ohio, has been named valedictorian of the 2004 University of Notre Dame graduating class and will present the valedictory address during Commencement exercises at 2 p.m. May 16 (Sunday) in the Joyce Center arena.p. Streicher earned a 3.99 grade point average and was a member of the Dean’s List each semester. A Notre Dame Scholar, she was a finalist for a Fulbright Fellowship this spring and has studied extensively abroad, including semesters in both Paris and Angers, France.p. A tutor at Notre Dame’s University Writing Center since 2002, Streicher also served as an intern at The Paris Voice, a magazine for Anglophone Parisians. She has volunteered at St. Paul’s Retirement Community in South Bend and participated in French theater at Notre Dame.

The Commencement invocation will be offered by Richard Herbst, a double major in psychology and film, television and theatre from Le Mars, Iowa, who will graduate with a 3.99 grade point average.p.