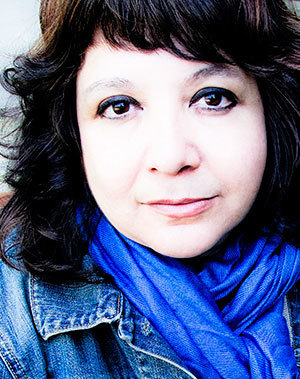 With a $400,000 grant from the Andrew W. Mellon Foundation, the University of Notre Dame has announced the launch of the Sacred Music Drama Project, a four-year, cross-disciplinary initiative designed to engage people more deeply with the power of shared creativity, performance and scholarship.

The project will draw on humanistic, artistic and sacred topics from a variety of musical traditions to develop new coursework and to stage the production of a major dramatic performance each year. The Mellon grant will also bring both eminent and emerging guest artists to campus and will fund the commission of a new work of sacred music drama at the end of the project.

“We believe that the humanities are well-served when scholarship and research are directly and immediately performed and experienced, bringing the work of the classroom to life through the embodiment of the ideas studied in books and online.”

Making connections between people in different academic areas across the University is another key goal of the Sacred Music Drama Project, says Téllez, who will chair the faculty committee guiding the project and act as principal investigator for the grant and music director of the projects.

“Our interdisciplinary collaborations will serve to break down traditional boundaries not just between performers and scholars but also between faculty, undergraduates and graduate students,” she says.

“We hope to link the project to a range of courses that allow people across the humanities and the arts an opportunity to participate in each other’s ‘production processes’ and to test ideas that relate directly to their particular subject disciplines.”

Using a permeable studio model, the Sacred Music Drama Project will also allow participants to explore new modes of presentation by sharing their different perspectives and by combining traditional and new media.

“We hope the successful methodologies that emerge will assist both scholars and artists to discover new collaborative models,” Téllez says.

The Mellon Sacred Music Drama Committee will soon issue an open call for proposals and nominations. Notre Dame faculty from multiple disciplines will be invited to participate in the Sacred Music Drama Project, programming it into their curricula and connecting students with visiting performers, artists and scholars.

Studying and staging interdisciplinary works of sacred music drama will do more than connect people and programs on the Notre Dame campus, Téllez believes. The project aims to create and sustain new forms of interaction within the wider community as well by sharing musical experiences and disseminating research findings.

“We hope to establish best practices for dialogue, to produce new and excellent artistic works, to develop innovative technologies — and to leave a filmed documentation of these projects for professionals and students everywhere,” she says.

As a university, Notre Dame is particularly well-positioned to generate a national and even international impact with these initiatives, Téllez says.

“We aspire for the Mellon Sacred Music Drama Project to have a lasting influence on the campus culture and the broader community well beyond the University because we can connect with people on a range of topics that matter in today’s world.”

Originally published by Joanna Basile at al.nd.edu on Oct. 3, 2012.