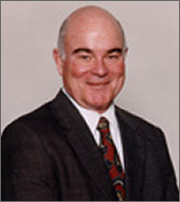 The U.S. Senate voted 85 to 12 Tuesday (Nov. 16) to confirm defense industry executive Francis J. Harvey, a 1965 graduate of the University of Notre Dame, as Secretary of the Army. President Bush nominated Harvey to the post in September.

The Secretary of the Army is responsible for the conduct of all affairs of the Department of the Army subject to the laws and other acts of Congress and to the direction, authority and control of the president and the Secretary of Defense.

Harvey is vice president of Duratek Inc., a Maryland-based company that specializes in the safe disposal of radioactive, hazardous and other wastes. Previously, he worked for Westinghouse Electric Corp. for nearly three decades and was president of Westinghouses Defense and Electronic Systems Group. In that role, he was involved in systems development and production programs for surface ships, submarines, aircraft, tanks, missiles and satellites.