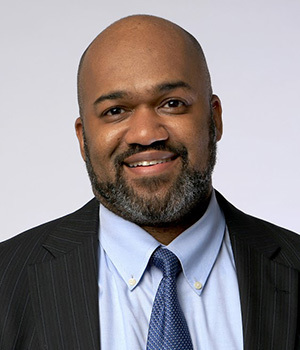 Richard G. Jones, an associate editor at The New York Times and a veteran journalism educator, is joining the University of Notre Dame this fall as the Annenberg Director of the John W. Gallivan Program in Journalism, Ethics and Democracy in the Department of American Studies.

Jones’ grounding in both the professional sphere and in higher education will help speed the Gallivan Program’s ongoing evolution into a multi-platform digital journalism curriculum, said Thomas Tweed, the Harold and Martha Welch Professor of American Studies and chair of the department.

“Rich Jones has the experience and vision to prepare Notre Dame students to meet the changing demands of journalism today,” Tweed said. “And a strong journalism program is crucial, since a vibrant democracy depends on a free and fair press.”

Jones spent 10 years at the Times during two different stints: He was a reporter from 2001 to 2008; in 2014, he was named associate editor. As a reporter, he wrote about topics as varied as politics, criminal justice, the New Jersey Legislature and the New York Jets. He was also nominated for a Pulitzer Prize by editors at the Times for a yearlong investigation into the failings of New Jersey’s child welfare system.

Prior to joining the Times, Jones spent eight years as a reporter at the Philadelphia Inquirer, where he focused on education and other topics, wrote a daily column and held a three-year posting as a national correspondent based in Atlanta responsible for covering nine states in the South.

John T. McGreevy, I.A. O’Shaughnessy Dean of the College of Arts and Letters, said that Jones’ long and varied career informs his teaching in the classroom.

“Rich Jones is eloquent on the value of a liberal arts education as preparation for a career in journalism — and the need to marry that preparation with training in and exposure to new technologies reshaping the profession.”

Jones said that he is looking forward to sharing his experience with students in the Gallivan program, and also helping them to think critically and creatively as they prepare for careers in digital-first newsrooms.

“I am thrilled to be joining the Notre Dame family, and I am honored to be entrusted with the leadership of the Gallivan Program,” Jones said. “I want to continue to ensure that our students graduate from the program with the best values of this great university, and also with the preparation that they need to have impactful careers as digital journalists.”

Jones is a graduate of Delaware and he holds a master’s degree from Columbia University’s Graduate School of Journalism, where he was awarded a Knight-Bagehot Fellowship. He has also advanced to Ph.D. candidacy in journalism studies at Maryland, where he is a Scripps-Howard Doctoral Fellow.

“Our students are entering a world in which they must be adept at understanding digital technology, and they must also have the journalistic principles and judgment to be able to combat allegations of ‘fake news,’” Jones said. “I will make sure that they are ready to do both.”