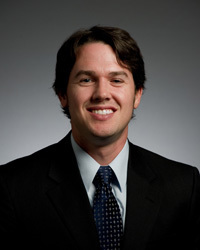 CEOs who have been overpaid earlier in their tenures continue to receive the largest raises or smallest pay cuts, according to new research by Adam Wowak, assistant professor of management in the University of Notre Dame’s Mendoza College of Business.

Lead researcher Wowak, along with Donald Hambrick and Andrew Henderson, examined the relationship between CEO pay and performance over a decade. They looked at 590 big company CEOs who had tenures of at least four years between 1996 and 2005 in their study “Do CEOs Encounter Within-Tenure Settling Up? A Multi-period Perspective on Executive Pay and Dismissal,” which appears in the current issue of the Academy of Management Journal.

There was some year-to-year “settling up” in which prior year pay deviations were partially corrected, but once the researchers took that into account, they found a positive link between earlier overpayment and current year pay raises.

“We surmised that earlier overpayment could be an indicator of the board’s ingrained perception of a CEO’s skill level,” Wowak says. “This effect diminishes as CEO tenure advances, however, as boards presumably achieve a better calibration of the CEO’s true abilities and rely less on earlier pay patterns as the benchmark for the CEO’s worth.”

The researchers also found that if an “overpaid” CEO stumbles, he/she is especially vulnerable to dismissal.

“We found that overpayment increases the chances that an underperforming CEO will be fired,” Wowak says. “This is because overpaid CEOs are held to a higher standard and may be subject to strong retaliatory responses from their boards when they stumble. Economically speaking, boards may conclude that highly overpaid CEOs who deliver poor performance will be unable to ever rebalance the employer-employee ledger, leaving dismissal as the only option.”

“It’s really an issue of the degree to which a CEO makes more or less than the ‘going rate’ for an average CEO leading a company of a given size, within a given industry,” he says. “All CEOs are well-paid compared to most of us – the median annual pay was around $2.6 million, although the variance was substantial. It’s a question of how much a CEO’s pay deviates from what labor market norms predict he or she should be paid based on contextual factors.”

Wowak specializes in strategic management with a focus on top executives and their effects on organizational outcomes.