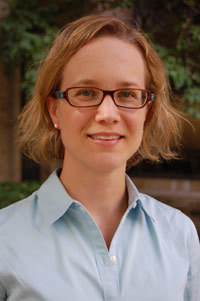 For workers who have managed to land jobs in this tough economy, your employment woes may not be over.

Research from the University of Notre Dame shows that individuals who begin their careers during economic downturns earn lower wages than similar workers who begin careers at other times, and that negative impact lasts five to ten years after starting work.

According to Abigail Wozniak, a Notre Dame labor economist whose research has included large datasets spanning multiple business cycles, conditions known to economists as “scarring effects” have negative impacts not only on earnings, but also on long-term occupational achievement. Wozniak’s research shows that a college education doesn’t provide a buffer from the vagaries of the economy.

Wozniak’s research will be published in the fall issue of the Journal of Human Resources.

“Researchers have estimated that the wages of college graduates entering the labor market in earlier recessions have been 5 to 15 percent lower than they would have been in non-recession years – this is each year for up to a decade after starting in the labor market,” Wozniak says.

This is potentially due to the greater importance of career progression for more educated workers. “A bad hand at the beginning of a game where everything is connected has lasting negative effects,” according to Wozniak.

Without policymakers’ attention to these recession earnings penalties, “workers may be discouraged from undertaking higher education to increase their skills, and the consequences could reduce future skill growth in the U.S. labor force.”

Note to Media: Wozniak’s comments may be used in whole or in part. She is available for interviews and can be reached at 574-631-6208 or a_wozniak@nd.edu.

Jobs pay less during recession, even for college grads

Beginning career in sour economy may have lasting effects