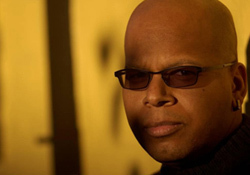 Fifteen years ago, up to a million people were killed in Rwanda in a massive wave of violence over a 100-day period. Since then, the international community has focused on tracking down and convicting Hutu “genocidaires” responsible for murdering minority Tutsi and moderate Hutu.

While this focus is important, it ignores many of the perpetrators of genocide, as well as hundreds of thousands of victims of civil war, reprisal killings and random violence, according to Christian Davenport, a political scientist and professor at the University of Notre Dame’s Kroc Institute for International Peace Studies.

Davenport and Allan Stam, a political scientist at the University of Michigan, have studied the Rwandan killings for 10 years with support, in part, from the National Science Foundation. In 2004, on the 10th anniversary of the Rwandan violence, they released data showing that both sides of the conflict — extremist Hutus and extremist Tutsis — committed large-scale murder and atrocities. Now they have released new data showing that the Rwandan Patriotic Front (the current government of Rwanda, consisting largely of Anglophone Tutsi) was responsible for the deaths of at least 100,000 people during and immediately after the war.

“A great deal of effort has been extended to make sure the focus stays exclusively on the Francophone Tutsi victims and their Hutu executioners,” Davenport said. “But of the estimated one million people killed, between 300,000 and 500,000 of them were Tutsi, according to best estimates. What about the other 500,000 to 700,000 people? Who is responsible for their deaths?”

Members of Rwanda’s government at the time, those associated with them, and roving bands of violent people not associated with the government clearly are guilty of some and perhaps most of the Rwandan carnage, said the researchers. But the Rwandan Patriotic Front (Tutsi rebels at the time and now the government) also “has blood on its hands,” Stam said. “Why has the RPF has been given essentially a free pass? Isn’t 15 years enough time to hold all the guilty parties accountable?”

Progress in bringing the perpetrators of violence to justice has been extremely slow, said the researchers. Ten years after the events of 1994, the International Criminal Tribunal for Rwanda had handed down only 21 judgments, resulting in 18 convictions. Five years later, the number of completed cases reached 37, while the local “gacaca” courts operating in Rwanda have processed close to 200,000 alleged participants and perpetrators.

The researchers also find that deaths under the jurisdiction of the government at the time were directly influenced by military advancements of the Rwandan Patriotic Front into the country. When the RPF surged forward, killings generally increased; when they stopped, killings generally decreased, the data shows.

“This more comprehensive analysis complicates the common understanding of perpetration, guilt, punishment and justice in Rwanda,” Davenport said. “To understand who was involved, who should be held accountable, who should be punished, and who should be helped in recovery, we need a more thorough discussion of what happened – one that takes all of the events and actors into consideration.”

“Our point is not to deny the scale of murder and violence as Rwandan society unraveled or to deny that ethnic motivations existed,” Stam said. “Quite the opposite: We want to confront it and to acknowledge that other motivations and other victims existed and that the conventional account denies the full extent of the horror.”

“We need to get the details right for the victims,” Davenport said. “Unless we set the record straight, it will be as if many of the killings never happened. And that would be a grave travesty.”

More information about the research is available on the Web at http://genodynamics.com.

A member of the Notre Dame faculty since last year, Davenport earned his doctoral degree in political science from Binghamton University. He served from 1999 to 2008 on the faculty of the University of Maryland, where he directed the Minorities at Risk Data Project and co-directed the Genodynamics Project. He is the author of “State Repression and the Domestic Democratic Peace” and the forthcoming “Media Bias and State Repression of the Black Panther Party,” and editor of “Repression and Mobilization.”

Contact: Christian Davenport (on leave at the Center for Advanced Study in the Behavioral Sciences, Stanford University), 650-321-2052, christiandavenport@mac.com