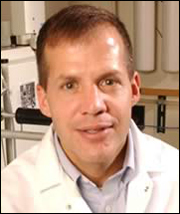 New research by a team of University of Notre Dame engineers may help solve an important environmental challenge facing many of Americas major cities.p. Jeffrey W. Talley, an assistant professor of civil engineering and geological sciences, is leading a team of researchers in an effort to develop a novel technology to address the problem of combined sewer outflow (CSO).p. In an estimated 772 U.S. cities in the Midwest, Northeast and on the West Coast, storm and sanitary sewers are connected. Under normal circumstances, waste water traveling through the combined systems is diverted to sewage treatment plants at a given point along the system, while storm water continues on for discharge into streams and rivers.p. However, during major storms the systems often are overloaded and storm water and raw sewage mix together. In order to prevent raw sewage from backing up into homes and businesses, municipalities often direct the excess sewage directly into open streams or rivers, thereby creating a CSO event.p. “Because the combined sewage is untreated, it has adverse effects on water quality and poses a significant public health threat,” Talley said.p. The Environmental Protection Agency (EPA) has recognized the water quality issues resulting from CSOs and in 1994 placed all municipalities with CSO problems under federal mandate to take corrective action. Sewer system separation, which involves the construction of new sewers and the redirection of storm water into the new sewer, is one solution to the problem. However, the high construction costs and serious community disruptions involved in this approach have made it unfeasible for most municipalities.p. “It would cost the city of South Bend an estimated $200 million, and Indianapolis roughly $1 billion, to complete sewer system separation,” Talley said. “Just imagine the cost and disruption involved in using this approach in a major metropolitan area like Boston or New York City.”p. As an alternative solution, Talleys team has proposed addressing the CSO problem through the use of embedded wireless sensor networks (EmNets). Such networks consist of a series of small, playing card-sized sensors controlled by embedded micro-processors and run by solar energy. The sensors have antennas attached which enable them to exchange information over a wireless communication network.p. The network provides measurements that can be accessed by engineers in real time via the Internet and used to control a sewer systems response to a storm. During a storm, the sensors can detect a developing CSO event and indicate where it will occur. A series of “smart valves” would then divert combined sewage into holding reservoirs along the system until water levels return to normal and the system can once again safely separate sewage from storm water.p. Talleys team is developing, deploying and testing embedded sensors and communication networks in a tributary of South Bends St. Joseph River called Clyde Creek Basin and in Elkharts CSO Constructed Wetland.p. “This active control allows for the reduction of CSO events while making only minor modifications into existing sewer infrastructure,” Talley said.p. In addition to providing hard-pressed municipalities with a cost-effective means of meeting EPA mandates, Talleys approach offers other benefits.p. “Market analysis estimates that this approach could bring over $14 million and 300 new jobs to Indiana per year and position the state as the national CSO and related environmental solutions leader,” he said.p. Talley, who also is a colonel in the U.S. Army Reserves and a strategic planner for the War on Terrorism Directorate of the Joint Chiefs of Staff, believes EmNets technology also could help monitor and detect bioterror attacks on water systems.p. Other Notre Dame researchers working on the CSO problem with Talley are Michael D. Lemmon, associate professor of electrical engineering; Patricia A. Maurice, professor of civil engineering and geological sciences; Lloyd H. Ketchum, associate professor of civil engineering and geological sciences; and Agnes E. Ostafin, assistant professor of chemical engineering.p. The Indiana 21st Century Research and Technology Fund, which seeks to stimulate the process of diversifying the states economy by developing and commercializing advanced technologies in Indiana, has awarded Talleys team a $1 million grant to install the EmNet system.p. Other participants in the CSO research effort are Purdue University scientists, Environmental Health Laboratories and Distributed Sensing Technologies of South Bend, the cities of South Bend, Elkhart and Mishawaka, and the CSO Partnership of Richmond, Va.p. Contact: Jeffrey W. Talley, assistant professor of civil engineering and geological sciences, 574-631-5164, Talley.2@nd.edu . p. p.