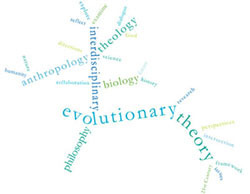 Can acceptance of evolutionary theory coexist with belief in God? Does evolution rule out a divinely ordained place in creation for humanity?

These questions reflect the widespread view that evolutionary theory is fundamentally incompatible with religious belief. The hosts of an upcoming academic conference at the University of Notre Dame, titled “Darwin in the 21st Century: Nature, Humanity, and God,” think it is time to lay that view to rest.

The Nov. 1 to 3 (Sunday to Tuesday) event is being organized by Notre Dame’s John J. Reilly Center for Science, Technology and Values, and the Pontifical Council for Culture’s Science, Theology, and the Ontological Quest (STOQ) Project in Rome. The goal of the conference is to foster a new dialogue between scholars of natural sciences, philosophy and Christian theology around the topic of evolutionary theory—and to refute the long held public perception that religion and science are incompatible.

On the schedule are a number of events open to the campus and local communities.

The lecture “Darwin, God, and Design-Evolution, and the Battle for America’s Soul,” by Kenneth Miller of Brown University, author of the acclaimed book “Finding Darwin’s God,” will take place Nov. 1 at 8 p.m. in the McKenna Hall auditorium.

On Nov. 2, Archbishop Joséf Życiński, the Archbishop of Lublin, Poland, a member of the STOQ governing board, and chancellor of the Catholic University of Lublin, will speak on “Evolutionary Theism and the Emergent Universe,” at 8 p.m. in the McKenna Hall auditorium.

A panel discussion titled “Darwinian Evolution: Are We Beyond the Conflict Between Science and Faith?” will be held Nov. 3 at 4 p.m. in the McKenna Hall auditorium.

A final lecture, “Darwin’s Compass: How Evolution Discovers the Song of Creation,” will be delivered Nov. 3 at 8 p.m. in Room 105 of the Jordan Hall of Science by Simon Conway Morris of the University of Cambridge, an expert on the paleobiology and evolution in the Cambrian Period. This talk is co-sponsored by the Reilly Center and Notre Dame’s Global Linkages of Biology, the Environment and Society (GLOBES) program.

The conference’s keynote speaker is Francisco Ayala, who is a member of the science and philosophy faculties at the University of California, Irvine, a member of the National Academy of Science, and the recipient of the 2001 National Medal of Science.

Developing greater public understanding of evolutionary theory and its implications is critical to shifting the collective perception of the conflict between religion and science often associated with evolutionary theory, say conference organizers, explaining why the panel discussion and evening lectures are all free and open to the public.

“A major obstacle the Reilly Center and the University of Notre Dame face in bringing the natural sciences and other disciplines together in a Catholic setting is the assumption that science and faith are locked in a perpetual conflict,” said Gerald McKenny, director of the Reilly Center and professor of Christian ethics. “Public conflicts over evolution in this country—and elsewhere—fuel this assumption, often based on outmoded ideas about both evolutionary biology and faith. We wanted to end the conference by subjecting this assumption to debate in a public context.”

The conference is part of “Project Evolution,” a groundbreaking series of conferences and workshops initiated by the STOQ project to commemorate the 150th anniversary of Charles Darwin’s “Origin of Species.”

“Darwin in the 21st Century” will build on the foundation that was laid at the STOQ-sponsored “Biological Evolution: Facts and Theories” conference in Rome in March.

“Like the Rome conference, representatives of contemporary science, philosophy and theology will give presentations and engage in cross-disciplinary dialogue,” said Philip Sloan, professor in Notre Dame’s Program of Liberal Studies and the Graduate Program in History and Philosophy of Science and another organizer of the event. “Again like the Rome conference, it is not concerned with replaying traditional debates over evolutionary theory—and it is not attempting to advocate such positions as ‘Intelligent Design’ theory.”

In addition to the Reilly Center and STOQ project, sponsors of the conference include Notre Dame’s College of Arts and Letters: Institute for Scholarship in the Liberal Arts (Henkels Family Lecture Fund), Office of Research, College of Science, Department of Biological Sciences, Department of Philosophy, Department of Theology, Program of Liberal Studies, and GLOBES.

For more information or to register for the conference, visit http://nd.edu/~reilly/darwinconference.html on the Web.

More information on the John J. Reilly Center for Science, Technology, and Values, is available here.