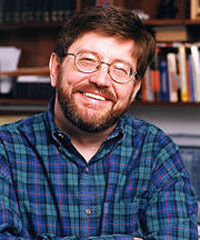 University of Notre Dame political scientist James McAdams recalls the first time he stepped over the border from West Germany to East Germany in 1973 as a 19-year-old college student studying in West Berlin.

“The first time I entered East Berlin, it felt like I was going to an anti-Disneyland. It was like going from color television in West Berlin to black and white in East Berlin,” says McAdams, the William M. Scholl Professor of International Affairs and director of Notre Dame’s Nanovic Institute for European Studies.

An internationally recognized scholar of the two-state period in modern German history (1949 to 1989) and its aftermath, and author of several books including “Germany Divided: From the Wall to Reunification,” “East Germany and Détente,” and “Judging the Past in Unified Germany,” McAdams was living in West Germany in November 1989 when the Berlin Wall fell.

“There were several events happening in that part of Europe at that time that set the stage for the fall of the Berlin Wall,” McAdams says.

“The East German government was slowly allowing short visits to the West, and at the same time, there was a feeling of looseness; for the first time, people were publicly voicing complaints about their own government.”

The rise and success of Mikhail Gorbachev in the Soviet Union also played a role in helping to open the gates of reform. In October 1989, on the 40th anniversary of the existence of East Germany, Gorbachev visited East Berlin and told the East German government, “Those who come too late are punished by history.”

His words – a stinging indictment of Communist rule – conveyed to the East German government that if their country is to survive (not be “punished by history”), then the time had come to reform its politics and economy and begin thinking in new ways about its responsibility to its people.

“East Germans were filled with excitement just to have the opportunity to leave their country and visit West Berlin, just the spirit of choosing how to live their lives,” McAdams says.

“But there was this realization that suddenly this coming together of two countries that hadn’t had ties for nearly a half century, and throughout the 1990s, East Germans were convinced that they were being treated as second-class citizens by their West German kinsmen.”

They felt German, certainly, but felt they were regarded as the “lesser” cousins from the East who were “generously brought into the West German economy and culture,” McAdams says.

So the big question with which Germans will grapple in the coming decades, according to McAdams, is what happens to the chunk of the country brought into unified Germany?