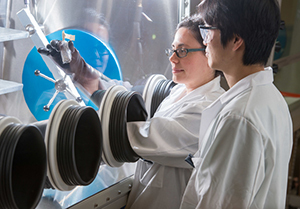 The University of Notre Dame has received $133.7 million in research funding for fiscal year 2015. This is an all-time record for the University and $20 million more than last year.

“Our ongoing growth as a preeminent research university is being realized and recognized in many important ways — through projects and products that are making a real difference in the world, honors won by our faculty and the steady annual increases in funding from government agencies and other sponsors,” said Rev. John I. Jenkins, C.S.C., Notre Dame’s president. “This past year’s record-breaking total is a testament to the outstanding work being done by faculty across campus, as well as the support they are receiving from Bob Bernhard and his team in Notre Dame Research.”

Approximately 71.27 percent of all successful proposals came from federal funding, while 24.27 percent were from foundations and other sponsors and 4.46 percent from industrial sponsors. Among some of the largest awards:

In addition to these awards and others from the Colleges of Arts and Letters, Business, Engineering and Science, faculty from the School of Architecture, the forthcoming Keough School of Global Affairs and the Law School contributed to the total as well.

Speaking about the record funding, Robert J. Bernhard, vice president for research, said, “The growth trajectory of research at Notre Dame is a direct result of the hard work and talent of our faculty. Together with their progressive vision for research at the University and unending search for meaning, truth and original discovery, Notre Dame Research continues to grow and develop as a force for good.”

Astrophysicists find evidence for the presence of the first stars