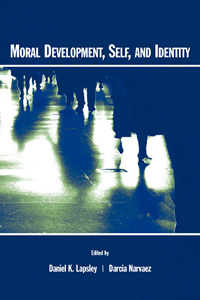 Daniel K. Lapsley and Darcia Narváez, members of the psychology department faculty at the University of Notre Dame, have been selected as the 2007 Book Award recipients by the Moral Development and Education Special Interest Group of the American Educational Research Association (AERA).

The honor recognizes Lapsley and Narváez, for their 2004 bookMoral Development, Self, and Identity.The award was presented Tuesday (April 10) at the AERAs annual meeting inChicago.

A compilation of essays from a distinguished interdisciplinary and international panel of scholars, the volume uses as a point of departure the seminal writings of renowned moral psychologist Augusto Blasi. His studies on moral cognition, the development of self-identity, and moral personality transformed research agendas and are recognized as a starting point for all discussion in moral psychology.

Lapsley, who earned his doctorate in educational psychology from theUniversityofWisconsin, returned to Notre Dame as a professor in 2006. He previously served on the Universitys psychology faculty from 1983 to 1991. His research focuses on topics in adolescent social cognitive and personality development, including work on adolescent invulnerability and risk behavior, narcissism, separation-individuation, self, ego and identity development and college adjustment.

A fellow of Notre Dames Institute for Educational Initiatives and research director of its Center for Ethical Education, Lapsley also teaches in the ACE program. He is the author of the bookMoral Psychologyand serves on the executive board of the International Association for Moral Education.

Narvaez, the executive director of the Center for Ethical Education, came to Notre Dame as an assistant professor in 2000. Before completing her doctoral degree at theUniversityofMinnesota, she taught K-12 classroom music and middle-school Spanish. Narvaez, who also holds a master’s degree from Luther Northwestern Seminary, researches issues of moral cognition, moral development and character education.