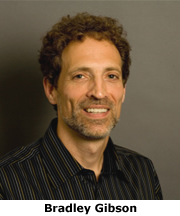 A new study by Bradley Gibson, associate professor of psychology at the University of Notre Dame, bears out the effectiveness of working memory training in improving attention deficits in children.

In 2006, Gibson and his research team studied 12 students diagnosed with ADHD (Attention Deficit Hyperactivity Disorder) who had completed the Cogmed Working Memory Training Program atDiscoveryMiddle Schoolin Granger, Ind. Cogmed is a pioneer in neurotechnology and a developer of software-based working memory products.

In Gibsons study, the students used video-game software developed by Cogmed to perform verbal and spatial working memory tasks for approximately 30 minutes, five days a week, for five weeks. At the conclusion of the training program, 75 percent of the students experienced positive improvement in ADHD symptoms.

Gibsons study examines the issue of why the symptoms of inattention decrease when working memory improves.

Gibsons team suggests that improvements in attention deficits result from changes in fluid intelligence, which is the ability to solve problems or adapt to new situations in real time.

Spatial working memory improves fluid intelligence, which then reduces ADHD symptoms,Gibson said.Our findings are interesting because they provide an explicit model of how working memory, fluid IQ, and ADHD are dynamically inter-related over time.

If we can understand why some individuals are better able to maximize the training benefits on working memory, then we can have a better understanding of how to maximize the clinical effectiveness of this intervention for ADHD and potentially other disabilities that arise from weakness in executive functioning,Gibson said.