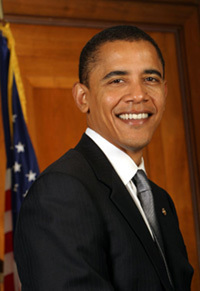 President Barack Obama will be the principal speaker and the recipient of an honorary doctor of laws degree at the University of Notre Dame’s 164th University Commencement Ceremony at 2 p.m. May 17 (Sunday) in the Joyce Center on campus.

Mr. Obama will be the ninth U.S. president to be awarded an honorary degree by the University and the sixth to be the Commencement speaker.

Background: Presidential Commencement addresses at Notre Dame
Barack Obama will be the ninth U.S. president to be awarded an honorary degree by the University of Notre Dame and the sixth to be the Commencement speaker.

On June 5, 1960, President Dwight Eisenhower delivered Notre Dame’s first presidential Commencement speech, interrupting the 45th reunion of his class at the U.S. Military Academy to make the trip. In his 20-minute address, Eisenhower foreshadowed a U.S. government on the verge of social and political change.

President Jimmy Carter made what many regard as the key foreign policy address of his presidency at Notre Dame’s 1977 Commencement exercises. He spoke of a diminishing threat from the Soviet Union, a notion dismissed as naive at the time but which proved prophetic. He also advocated for the creation of new global alliances and championed human rights, policies built upon the “new reality of a politically awakening world.”

In May 1981, President Ronald Reagan made his first public appearance after the attempt on his life in March of that year. Like Carter, Reagan proved prescient in his remarks on foreign policy, saying: “The West will not contain communism, it will transcend communism. We’ll dismiss it as a sad, bizarre chapter in human history whose last pages are even now being written.”

President George H.W. Bush, was the University’s principal Commencement speaker in 1992. The elder Bush used the occasion to focus on family values and service to society.

Bush’s son, President George W. Bush, delivered his first presidential commencement address at Notre Dame in May 2001, declaring that the nation’s faith-based organizations were central to the war on poverty.

President John F. Kennedy — the nation’s only Catholic president — received the Laetare Medal, Notre Dame’s highest honor, in a White House ceremony in 1961, and as a U.S. senator in 1950 delivered the winter Commencement address and received an honorary degree.

Notre Dame also awarded honorary degrees to Presidents Franklin
Roosevelt and Gerald Ford, but those were at special academic convocations, not at Commencement ceremonies.