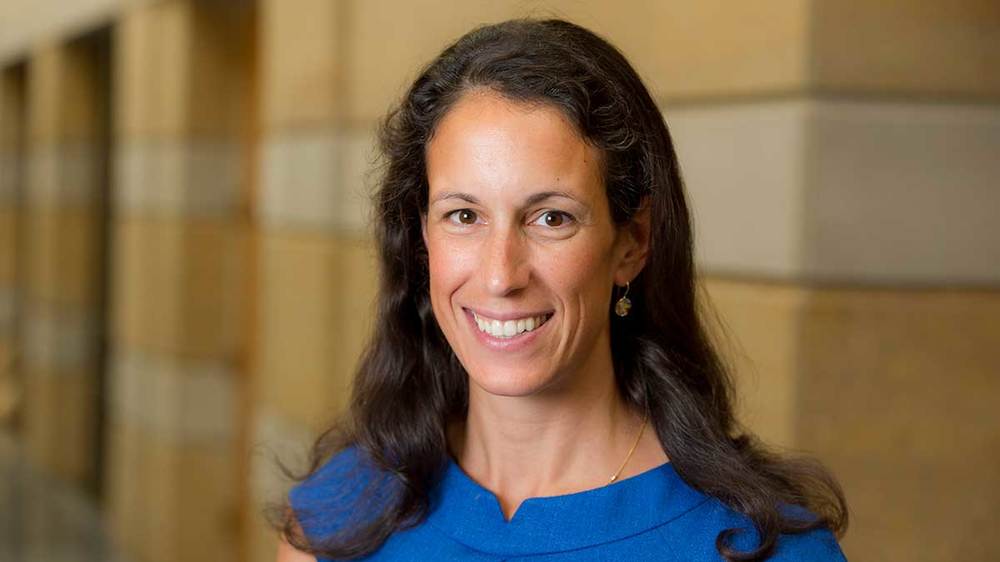 Each Carnegie fellow will receive up to $200,000 toward the funding of significant research and writing in the social sciences and humanities — the most generous stipend of its kind.

“Sarah is an exceptional academic whose scholarship and public outreach have made impressive contributions to international peace,” said Notre Dame President Rev. John I. Jenkins, C.S.C. “She is gifted with theoretical creativity, incredible abilities and instincts for fieldwork, methodological sophistication, elegant prose and the ability to ask urgent, policy-relevant questions.”

The program recognizes an exceptional group of both established and emerging scholars, journalists and authors with the goal of strengthening U.S. democracy, driving technological and cultural creativity, exploring global connections and global ruptures, and improving both natural and human environments.

“I am extremely honored to receive this support for my research,” said Daly, whose research considers issues of postwar violence and elections with a regional focus on Latin America. “For me, it is humbling and invigorating for my work to receive this award.”

Daly, an assistant professor of political science and a fellow at the Kellogg Institute for International Studies and Kroc Institute for International Peace Studies, aims to offer new understandings of the politics of violence and peace, crime, and democratic elections and the roles played by organizations, networks, geography, emotions, information and bargaining in these processes.

Daly’s second book project, which will be supported by the Carnegie award, seeks to explain a surprising feature of post-conflict environments around the world — after suffering wartime atrocities and winning peace, millions of people around the world elect to live under the rule of political actors with deep roots in the violent organizations of the past.

Her book will analyze why citizens vote in this counterintuitive fashion and what the implications of these elections are for efforts at successful peacebuilding and democratization.

“My research seeks to generate solutions to significant challenges of violence, criminality and coercive governance in the developing world,” she said, “and to offer decision-makers recommendations for creating lasting peace and democracy.”

Daly is the third Notre Dame faculty member in the past two years to win a Carnegie fellowship, following 2017 recipients David Campbell, the Packey J. Dee Professor of American Democracy, and Atalia Omer, an associate professor of religion, conflict and peace studies.

Daly’s first book, “Organized Violence After Civil Wars: The Geography of Recruitment in Latin America,” explains why some violent organizations choose to disarm and demilitarize following peace negotiations, while others choose to remilitarize and resume violence instead.

It is based on her extensive and at times dangerous fieldwork in Colombia, which produced 11 surveys of and 300 interviews with ex-combatants, their families, psychologists, civilian community members and others; organization-level information on 37 militia factions; and  geo-referenced data on 29,000 violent events over 50 years of war.

She argues that the primary driving force behind a return to organized violence is the variation in recruitment patterns within, and between, the warring groups.

The 31 fellowship winners were selected from 270 nominations made by the heads of universities, think tanks, publishers and nonprofits. The distinguished panel of jurors looked for high-caliber scholarship that addresses the most pressing modern issues and shows potential for meaningful impact.

“We were reassured by the immense talent and breadth of experience reflected in the proposals from this year’s nominees,” said Vartan Gregorian, president of Carnegie Corporation of New York and president emeritus of Brown University. “The response to the fellows program gives me great hope for the future of the study of the humanities and the social sciences as a way for this country to learn from the past, understand the present and devise paths to progress and peace.”

Notre Dame Stories: What's going on with the mail?