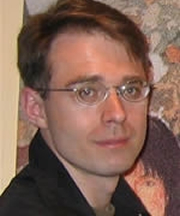 David W. Nickerson, assistant professor of political science at the University of Notre Dame, is the recipient of the American Political Science Associations (APSA) award for best dissertation in political psychology in 2005.

Political psychology is a subfield of political science that studies the relationship between political and psychological processes.

TitledMeasuring Personal Influence,Nickersons dissertation focuses on the influence of friends and family members on political attitudes and behaviors.Among his findings are that voter turnout is a contagious behavior within households, that friends have difficulty mobilizing friends to vote, and that college roommates may be able to influence attitudes about alcohol and drug use, but not political beliefs.

TheAmerican Political Science Association, founded in 1903, is the leading professional organization for the study of political science and serves more than 15,000 members in over 80 countries. With a range of programs and services for individuals, departments and institutions, the APSA brings together political scientists from all fields of inquiry, regions and occupational endeavors within and outside academe in order to expand awareness and understanding of politics.