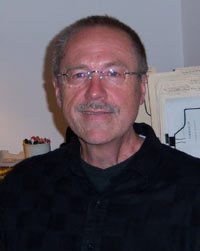 Michael Detlefsen, professor of philosophy at the University of Notre Dame, has been awarded a prestigious $1.1 million senior Chaire dExcellence from the French National Research Agency (ANR). The award, along with matching financial support provided by the institutions that nominated himthe University of Paris, University of Nancy, and Collège de Francewill support a four-year research project on the history and philosophy of mathematics.

An expert on logic and the history and philosophy of mathematics, Detlefsen is one of only three senior award winners for 2007.The others are Patrick Cavanagh from Harvard University and Michel Devoret of Yale University.

For his project, titledIdeals of Proof,Detlefsen and a team of scholars he will assemble will investigate the uses made of imaginary elements (for example, the square root of -1) throughout the history of mathematics.

The use of imaginary elements has traditionally been thought to make it easier to prove certain theorems and solve certain problems,Detlefsen explained.A principal aim of the project is to gain a more exact understanding of what this has meant and might mean.Another goal is to better understand how the use of imaginary elements may affect the quality or trustworthiness of reasoning.

Through 2011, Detlefsen plans to work at Notre Dame during the fall and to spend the rest of each year in France at the sponsoring institutions.

Established in 2004, the Chaire dExcellence program is part of a governmental initiative to attract top international researchers to France.