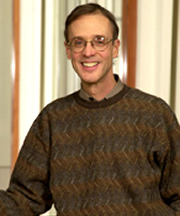 Back when he was a Notre Dame undergraduate in the late 1960s, Leo Burke and his buddies would sometimes make a late-night excursion up to theMainBuildingoffice of University President Rev. Theodore M. Hesburgh.

As Burke recalls,We would talk a few minutes with Father Ted and then he would say something like, Ive got to go now because Im translating this document for the popeor, A report is due tomorrow for the Atomic Energy Commission.To Burke, Father Hesburgh communicated an extraordinary breadth of vision.

During his senior year, Burke managed operations on the sidelines as head football manager for Coach Ara Parseghian, noticing how much harder Parseghian drove himself and his coaches than he did his players. To Burke, Parseghian was the kind of leader who was charismatic and fair, who could empower people to move well beyond their self-imposed limitations.

Exposure to strong leaders inspired Burke back then and fueled a passion for discovering and teaching the principles of executive leadership that continues today. In 2001, Burke left a lucrative corporate position as the director of strategy atMotorolaUniversity, which was then one of the worlds most extensive corporate education enterprises. He returned to Notre Dame to lead the Executive Education programs of the Mendoza College of Business.

Since joining Notre Dame, Burke has espoused a high-growth vision for Executive Education that his team has embraced. The program has more than doubled its revenues, bringing in needed funds to support college initiatives andMendozafaculty research activities. Program highlights include:

Reflecting on the success of the program, Burke points to the hard work ofMendozafaculty across all disciplines. He also credits his staff for showing creativity and initiative and building a positive team culture.

What is critical is to try to create a spirit of collaboration and trust so that people have the oxygen to flourish, if you know what I mean,Burke said.So when we run into issues, like budget issues, theyre everybodys issues and not just one persons. One person may have the problem but we problem-solve together on how to resolve it.

At Motorola, I was very fortunate to be a part of many successful teams. But this is the best team with which I have been associated.

Burke remembers anti-war protests on campus when he was a Notre Dame student in the late 1960s and reflects on how much he was influenced by the tremendous winds of political and cultural change that swept acrossAmerica. Burke also views todays business environment as one of great change and points out that as corporations become more intricate, with international networks and affiliates, their ethical obligations are more complicated and involve many more people.

Part of our vision at Exec Ed is to be the voice of Notre Dame to the world of business,Burke said.Having an executive education platform gives us a forum for communicating the values that Notre Dame holds dear to businesspeople who are looking for, searching for, better and new ways of engaging in the world of commerce in a time that is just getting more and more complex.