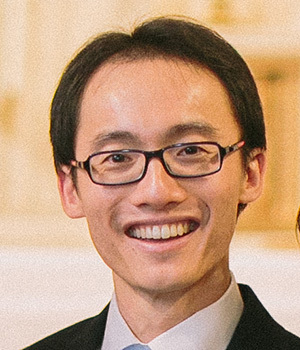 Nicholas J. Teh, assistant professor of philosophy at the University of Notre Dame, along with London School of Economics colleague Bryan W. Roberts, was awarded a National Science Foundation grant to study the nature of observables.

Teh is a philosopher of physics and his project will focus on the mathematical language used to represent observations and explore the historical and philosophical development of the concept of observables in quantum physics.

While observations form the basis for the most important scientific experiments, as well as some of the most important human experiences, 20th-century physics revealed that the structure of observations is full of surprises. Quantum theory, for example, shows that putative quantities like ‘the position and the momentum of a particle at a given time’ are actually unobservable.

“This unobservability is not just a practical limitation,” said Teh. “It is a fundamental feature of quantum reality that position and momentum cannot be exactly and simultaneously measured by anyone. That leads to a number of open philosophical and scientific questions about the nature of observations and their limitations.”

Teh and Roberts will pursue some of these questions in their project, such as how to characterize observations in science in the most general possible way, and how the choice of a mathematical framework for representing observations can change how we understand their structure.

“We are thrilled about this collaboration,” said Teh. “Notre Dame and the London School of Economics are both world leaders in the philosophy of physics, and the synergy created by this collaboration will greatly advance the field, as well as open up many exciting new questions about the foundations of our best physical theories.”

“I couldn’t imagine a better partnership,” said collaborator Roberts. “The combination of skills being put to work on this project is really promising and unique.”

The grant-funded research will take place from September 2017 until August 2019 and will involve both specialist and public events at the University of Notre Dame and at the London School of Economics and Political Science.

Earlier this year, Teh was also awarded a Notre Dame Global Gateway Faculty Research Award for his project “New Directions in Space, Time, and Matter: A Research Initiative by the University of Notre Dame-University of London Philosophy of Science Consortium.” Teh said there is significant synergy between these two projects and the latter will leverage use of the London Global Gateway.