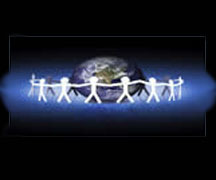 The University of Notre Dame’s Higgins Labor Studies Program recently released a report in response to the Indiana Chamber of Commerce’s position on right-to-work (RTW) legislation considered by the Indiana legislature. If passed, the legislation would prevent unions and employers from negotiating a requirement that employees pay their “fair share” for union costs such as collective bargaining and grievance representation.

The Higgins report, “Right-to-Work vs. The Rights of Workers,” recently was presented to workers and other citizens rallying in Indianapolis as well as to Indiana legislators and leaders from the AFL-CIO and the UFCW.

The Indiana Chamber’s report promoting RTW legislation states that RTW would raise incomes for Indiana residents by attracting businesses to Indiana, which would promote economic growth, leading – in the long run – to higher wages. The Higgins report asserts that the direct result of a RTW law would be a reduction in wages. It criticizes the notion that the best way to raise wages is to first lower wages and questions the “low-road” approach to economic development and economic theory on which it asserts the Chamber’s report is based.

Citing papal encyclicals from 1891 to 2009, the Higgins report states that the Catholic Church’s support for labor unions is longstanding and unequivocal. Among its findings, the Higgins report outlines how right-to-work legislation has “led to stagnating wage levels and deteriorating conditions for workers.” Catholic social teaching emphasizes the dignity of work which promotes fair wages and which often occurs best through organized communities.

The Higgins report also cited problems and inconsistencies in the Chamber’s data analysis, in particular the attempt to demonstrate that RTW states have higher rates of growth of real personal income than do non-RTW states. Using its own analysis, the Higgins report found that growth rates for real personal income were actually higher in RTW states before RTW laws were passed than after. The report also notes that broadening the analysis to consider levels of income rather than just rates of change shows that non-RTW states have a higher level of income than do RTW states.