Eleven postdoctoral fellows have joined the University of Notre Dame under a new program that is enhancing faculty diversity while adding a fresh view on the positive potential of diversity recruitment activities.

The 11 are the first recipients of Moreau Academic Diversity Postdoctoral Fellowships, a program underwritten by the Offices of the President, Provost, the deans and Lilly Endowment Inc. They were chosen from about 300 newly-minted Ph.Ds whose next career step is to achieve a tenure-track appointment. The 11 were selected with the goal that they benefit from teaching and research mentoring for at least two years as they prepare to seek tenure track positions, possibly at Notre Dame.

“I welcome our new Moreau fellows and am so pleased that they are members of a program that will make a genuine impact on our diversity goals,” said Rev. John I. Jenkins, C.S.C., University president. “We have recruited a terrific inaugural cohort, very much because of the dedicated commitment of the Provost Office, the deans and the entire faculty.”

Higher education diversity programs characteristically have focused on recruiting faculty of color and those whose research addresses diversity issues, explained Susan Ohmer, assistant provost and co-leader, with vice president and associate provost Don Pope-Davis, of the University’s Committee on Diversity.

Those who worked to draft the Moreau program wanted a broader definition of diversity, one that complements the University’s mission and makes a positive impact on Notre Dame’s culture, says Pope-Davis.

To that end, Moreau Fellows already have experience as leaders in diversity programs at the institutions from which they were recruited, or they have experience mentoring minority undergraduates to consider academic careers. While most are candidates of color, they were selected to address less common inequities, such as the absence of a gender within a particular department. 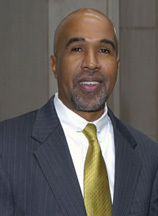 “And 45 percent of them are Catholic,” says Ohmer, “Laying to rest the myth that you can recruit to enhance diversity or religious representation, but you can’t successfully combine both.”

The program design addresses other myths: that candidates who enhance diversity are hard to find, or that they do not embody the highest standards of academic excellence, says Pope-Davis. Some 300 candidate applicants disproved the scarcity theory.

As for academic quality, each fellow is recruited by an academic department, whose goal is to identify a high-quality candidate in fields that match the department’s teaching and research needs. The fellowship served as a tool that could be used in the recruitment process. To ensure that candidates both met high academic qualifications and were able to contribute to a diverse environment, department heads nominated their candidates for review bythe Diversity Advisory Committee.

The Diversity Advisory Committee supports the fellowship program and recognizes the impact it can potentially have on the University. Ohmer and Pope-Davis credit committee member Hugh Page, dean of the First Year of Studies, with helping to conceptualize a broader approach to diversity that includes promoting diversity through teaching, developing cultural competency and diversity within the academy, and exploring the implications of Catholic social teaching within the classroom.

Furthermore, Moreau Fellows are not part of an elite group, isolated from mainstream faculty. They are members of their departments first and foremost, said Pope Davis.

To a person, they are comprised of individuals who have a very strong grasp of the University’s vision and Catholic mission, says Ohmer. To her delight, the 11 candidates recruited this year were their departments’ top choices. Preparations are underway to begin recruiting, fund-raising, and engaging departments in the search for the 2011 Moreau Fellows, she said.