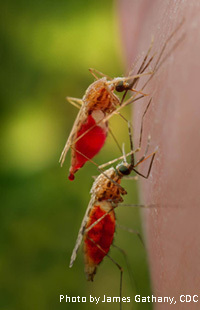 Something as simple as whether a disease-carrying mosquito lives primarily inside or outside can affect whether it comes into contact with humans or is exposed to insecticides—and that has implications for disease transmission and control.

A particular species may develop resistance to insecticide over time, or may behave differently from one region to another. That behavioral difference has its basis in natural variation, and it’s something the scientific community studies in genomics—the study of an organism’s complete hereditary information.

In order to get a complete picture, biologists need access to a species’ genome—its biological blueprint—and that’s where the University of Notre Dame’s VectorBase project comes in. Simply put, VectorBase is a Website that makes available genomes and related information on five vectors—insects and ticks known to transmit diseases to humans or animals.

Frank Collins is a professor in Notre Dame’s biological sciences department and one of the project’s principal investigators. VectorBase, he says, goes beyond simply providing information.

“The site involves the maintenance of a lot of data, the analysis of the data, and the public presentation of those data to other scientists,” he says.

The site is used primarily by biologists interested in genomes or in the species catalogued. Visitors use VectorBase to visualize genome annotations and to access and analyze data with various tools.

How biologists apply the data depends on their research interests. According to Nora Besanksy, a principal investigator also in the biological sciences department, a scientist interested in how a mosquito finds its way to a host may search VectorBase to identify genes that are likely involved in that process.

Collins says that scientists are often interested in the biology of behavior because it potentially provides ways to control vectors. Biologists may study odor or taste detection to understand how a vector finds a place to lay eggs or feed, and that knowledge can be used to combat insects and ticks.

VectorBase staff trains international scientists how to use the database and tools at workshops and conferences, traveling to countries like Kenya and Mali—places where diseases like malaria are widespread.

VectorBase currently contains information on three species of mosquitoes— Aedes aegypti, Anopheles gambiae, Culex quinquefasciatus —one species of tick— Ixodes scapularis —and one species of louse— Pediculus humanus. These species are linked to malaria, dengue, typhus and lyme disease, among other infections.

The data set continues to grow. 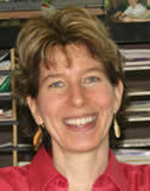 Besansky recently organized and is leading the sequencing of 13 new anopheles (mosquito) genomes that will go into VectorBase. The data will enable researchers to compare genomes of related species and examine what enables one species to effectively transmit a disease when a closely related species does not. Scott Emrich will lead the computing aspect of this research.

Emich and Greg Madey, both from the computer science and engineering department, are also principal investigators on the VectorBase project.

While much of the biological research and computing happens at Notre Dame, which also directs and houses the primary computer hardware, an international consortium of investigators contributes data, gene sequencing and analysis to the project. The consortium includes the European Bioinformatics Institute in Kingston, Imperial College in London, the Institute of Molecular Biology and Biotechnology in Crete, Harvard University and the University of New Mexico.

VectorBase has existed in some form since 2002, when biologists at Notre Dame first sequenced the Anopheles gambiae—the mosquito that carries Malaria—and needed to make it available to the broader scientific community. Now funded by the National Institute of Allergy and Infectious Diseases, VectorBase is publicly available at www.vectorbase.org.