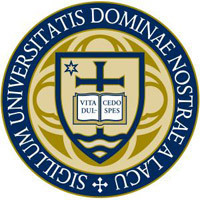 Undergraduate tuition at the University of Notre Dame will increase 3.8 percent for the 2014-15 academic year to $46,237. The rate of increase matches that of the previous three years, which was the lowest since 1960. With average room and board rates of $13,224, total student charges will be $59,461.

In a letter to parents and guardians of students returning for the next academic year, Notre Dame’s president, Rev. John I. Jenkins, C.S.C., thanked them for their investment in Notre Dame and the sacrifices they make to pay for “an educational experience that is second to none.” Father Jenkins said the University is honored that parents and guardians have sent their sons and daughters to Notre Dame to learn, discover and grow in their academic, social, emotional and spiritual lives.

Father Jenkins’ letter also addressed the current national conversation about the value of a college degree. There is a considerable financial value, he pointed out, because surveys show that college graduates earn throughout their careers on average $1 million more than people with just a high school degree. Notre Dame students in particular benefit immediately, earning entry salaries more than $10,000 greater than the national average.

“But a college education, and in particular a Notre Dame education, is about so much more than our graduates’ earning potential, as important as that is,” Father Jenkins wrote. “Our students are shaped in profound ways as they learn from scholars of the first rank, participate in research opportunities that contribute to new discoveries, study abroad, and are exposed to a myriad of experiences that help them to become educated, ethical leaders prepared to face the future.”

Father Jenkins wrote that the University would continue its efforts in pursuit of excellence: “We are confident that the education students receive here is — in every way — among the best in the world and will serve them well for a lifetime.”