For the first time, the University of Notre Dame will host a U.S. presidential debate, a decision announced on Oct. 11 (Friday) by the Commission on Presidential Debates (CPD).

The debate at Notre Dame will be the first debate in the 2020 election series. It will take place on Sept. 29, 2020, (Tuesday) in the Purcell Pavilion of the Joyce Center.

“The heart of democracy is addressing significant questions in open, reasoned discussion that will inform voters as they prepare to cast their votes,” said University President Rev. John I. Jenkins, C.S.C., also a member of the CPD board of directors. “Standing apart from the glitz and spin of modern campaigns, the presidential debates are that solemn moment in our national life when candidates are invited to discuss seriously the central issues before us.”

He added, “Notre Dame, along with the South Bend-Mishawaka-Elkhart region, will be in the global spotlight as a debate host. We will work closely with our community partners so that the region is ready to shine for our guests from around the country and the world.”

The Commission on Presidential Debates is a nonprofit, nonpartisan organization and has sponsored all general election presidential and vice presidential debates since 1988.

Notre Dame has a long history of welcoming sitting presidents, vice presidents and candidates for national office to campus for various speaking engagements and ceremonies. Nine U.S. presidents have been awarded Notre Dame honorary degrees, and six have addressed graduates at the University Commencement Ceremony, the most of any college or university in the country.

President Jimmy Carter made what many regard as the key foreign policy address of his presidency at Notre Dame’s 1977 Commencement exercises. He returned to Notre Dame on March 4, 2015, to participate in a memorial tribute to Father Hesburgh.

In May 1981, President Ronald Reagan made his first public appearance after the attempt on his life in March of that year. He was also the principal speaker on campus in 1988 at the unveiling of the U.S. Postal Service stamp honoring legendary Notre Dame football coach Knute Rockne. Reagan portrayed Fighting Irish football player George Gipp in the 1940 film “Knute Rockne, All American.”

President George H.W. Bush was the University’s principal Commencement speaker in 1992. Over the years, he appeared on campus five times.

Bush’s son, President George W. Bush, delivered his first presidential commencement address at Notre Dame in May 2001. He returned to campus in October 2017 to help dedicate O’Neill Hall, named for Joseph I. O’Neill III, a longtime friend of the Bushes.

The debate is expected to draw thousands of regional, national and international media representatives to the area.

More details about the presidential debate at Notre Dame will be available in the weeks and months ahead on debate.nd.edu. 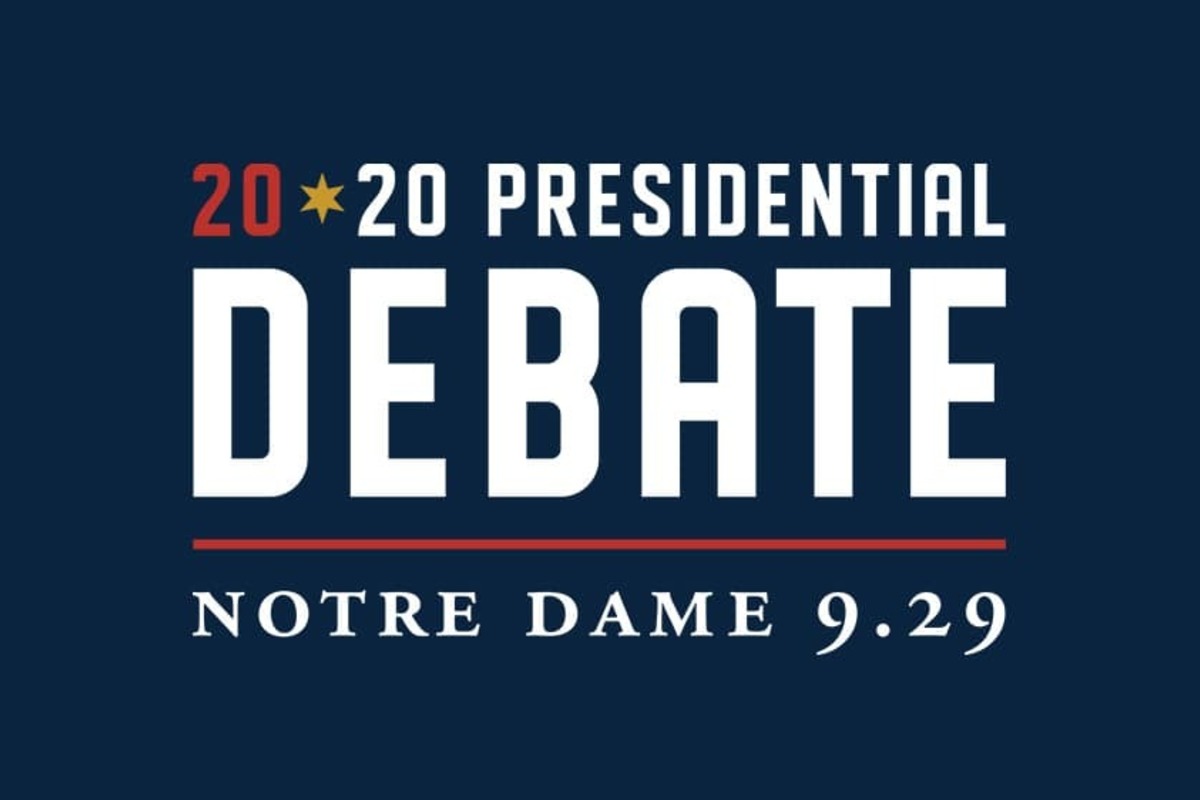