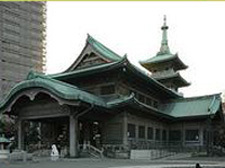 The University of Notre Dame has suspended its international undergraduate program in Nagoya, Japan.

In a letter to the two Notre Dame students participating in the Japanese study abroad program, the University’s Office of International Studies described the decision as “very difficult,” but that suspension was the most prudent course of action “due to the deteriorating environmental conditions in the areas around Tokyo and ongoing uncertainty about the stability of the nuclear power plant.” The program administrators expressed sorrow for the necessity of interrupting the students’ semester abroad, but added that “your safety and well-being are our top priorities.”

Notre Dame’s Japanese program operates in conjunction with the Center for Japanese Studies at Nanzan University in Nagoya, which is some 250 miles southwest of Sendai, the coastal city nearest to the earthquake’s epicenter and the Daiichi Nuclear Power Plant in Fukushima. Last week, the University also announced the cancelation of a spring semester program for Notre Dame students in Tokyo.

In addition, the Notre Dame Alumni Association has announced that a Mass for the victims of the earthquake and tsunami in Japan will be celebrated at 5:15 p.m. Monday (March 28) in the Basilica of the Sacred Heart. Notre Dame’s president Rev. John I. Jenkins, C.S.C., will preside and give the homily at the Mass and a special collection will be taken for Catholic Relief Services, which is coordinating its relief and recovery efforts with Caritas Japan.

The Alumni Association also will light a special green candle at the Grotto as a sign of the Notre Dame community’s prayers for all the victims of the Japanese disaster.