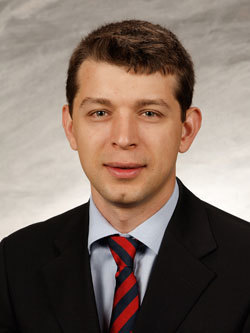 A large body of research has established the fact that individual investors are concerned not only with the performance of their investments, but also with the risk of how much they could lose if their investments perform poorly. But what about professional fund managers? A new study by Andriy Bodnaruk of the University of Notre Dame and colleague Andrei Simonov of Michigan State University found that investment professionals vary greatly in their aversion to losses, and high managerial loss aversion negatively impacts chances for successful careers.

“There is ample evidence that investors care not only about the performance of their investments, but also about downside risk — that is, how much they can lose should bad things happen,” said Bodnaruk. “Investors dislike losses and therefore try to prevent them from happening. One of the examples of such behavior is that loss-averse investors are willing to pay premium for stocks with low chances of suffering significant losses. Since investors overpay for such stocks, it hurts their performance.”

He points out that although such behavior is attributable to individual investors, whether institutional investors are prone to the same bias has never been explored. This is primarily because it is difficult to reach out to fund managers and find out what their attitudes toward risk are.

However, Bodnaruk and Simonov were able to survey 68 mutual fund managers in Sweden to elicit their personal preferences as to what extent they were averse to losses.

“We found that managers who personally have higher disliking of losses tend to construct their mutual fund portfolios so that they limit the extent of potential losses, but this hurts their performance,” Bodnaruk said. “We found that, on average, more loss-averse managers underperformed less loss-averse managers by between 1.16 percent to 2.11 percent per year, which is very large by industry standards. This personal high aversion to losses trait of the managers also undermines their career success in the industry. We found that high loss-averse managers have a 36 percent likelihood of being fired by the end of our period of observation, which was eight years since the date the survey was administered. Managers with low aversion to losses have only a 5.88 percent probability of being fired.

Bodnaruk and Simonov believe that their findings are important because they underscore an important, but so far overlooked, dimension of mutual fund industry: managers’ personal attitudes toward risk.

“Managers are hired based on their past performance, experience in the industry, pedigree and other factors, but to our knowledge their ability to stomach volatility of their portfolio returns is never under consideration,” Bodnaruk said. “Yet we show that intrinsic inability of managers to deal with short-term drops in the value of their portfolios is detrimental both to the investors and to managers themselves. Mutual fund underperformance stemming from suboptimal portfolio allocation caused by high aversion to losses hurts investors and also results in job losses for managers.

“We suggest that fund management companies should incorporate assessment of prospective managers’ attitudes toward risk as a part of their hiring decisions to ensure closer match between funds’ objectives and managerial characteristics.”