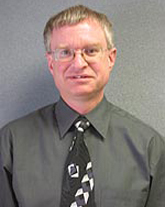 Current research on embryonic stem cells has touched off a debate reaching into the presidential campaign, but experts say it will be a long time before the research leads to cures for diseases such as Parkinsons and Alzheimers. In fact, they note, scientists working with embryonic stem cells have not yet effectively cured any diseases, even in animals.p. “Debates about human embryonic stem cell research focus on the question of how close we are to a cure. But few people with knowledge of the science think we are very close,” said Gerald McKenny, a bioethicist, professor of theology and director of the John J. Reilly Center for Science, Technology and Values at the University of Notre Dame.p. “Scientists and disease lobbies looking for government funding for any kind of scientific research routinely make it sound as if we are on the brink of a big clinical payoff,” McKenny said. “They rarely take the time to explain how long and hard the path usually is from the lab to the clinic.”p. The ethical and moral controversy over the use of embryonic stem cells has created a drive to find promising clinical results using adult stem cells, but has added another layer of complication to an already complex question.p. “Many of those who see a moral imperative to fund this research think that the imperative exists even if only tomorrows sick people will benefit from it,” McKenny said, “while many of those who oppose it think it is morally wrong even if it could end up helping people who are now sick.”p. Media contact: Gerald McKenny, (574)631-4520 or McKenny.4@nd.edu . p. The New York Times contributed to this story.