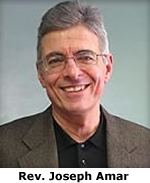 Pope Benedictstrip to Turkey this week is something of a calculated risk,according to Rev. Joseph Amar, professor of classics and concurrent professor of theology at the University of Notre Dame.

The trip was planned well before theRegensburgspeech,Father Amar said, referring to the popes controversial remarks inGermanyearlier this year.Although someVaticanadvisors wanted to cancel the trip in the aftermath of that speech, it seems that the pope himself made the decision to go ahead with it. Of course, the trip is fraught with all kinds of dangers, and reaction throughout the Muslim world against the visit is intense. The pope sees it as a fence-mending effort.

Before he was pope, the then-Cardinal Joseph Ratzinger expressed rather inflexible opinions regardingTurkey’s entry into the European Union. Muslim intellectuals interpreted these statements as anti-Islamic; in fact, it would have been difficult not to.

TheRegensburgspeech only reinforced the feeling in the Muslim world that Benedict would not follow the path laid out by John Paul. TheVaticanisn’t given to taking risks, but in the case of the trip toTurkey, it doesn’t have many options. The trip is part of a strategic gamble to mend fences as well as to show that Benedict wants to follow the course laid out by his predecessor.

Father Amar directs the programs in Arabic and Syriac at Notre Dame.A linguist who specializes in classical and Christian Arabic, Syriac literary culture, and early interactions between Judaism, Christianity, and Islam, he recently published a translation of a 12 th century Syriac document,A Response to Muslimsby Syrian bishop Dionysius Bar Salibi of Baghdad, which revealed a remarkably friendly dialogue between Christianity and Islam.

Father Amar is planning an international conference of scholars at Notre Dame next summer to explore the history of Christianity in theMiddle Eastbefore the coming of Islam.