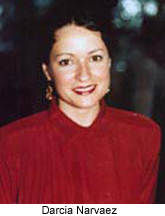 A study released this week on the increase in sex, profanity and violence in PG and PG-13 rated movies suggests a need for more consistency in the system and more sensitivity to children, according to a University of Notre Dame psychologist.p. Conducted by the Harvard School of Public Health, the study found that a decade of “ratings creep” has allowed more violent and sexually explicit content into films.p. Darcia Narvaez, associate professor of psychology and director of Notre Dames Center for Ethical Education and Development, said the studys findings show thatwe need to improve the ratings system to be more consistent.p. For example, she noted, “(Film critic) Roger Ebert complained last year that ‘Whale Rider’ was given a PG rating because of one scene with a marijuana pipe, while, at the same time, movies like ‘Minority Report,’ with intensive violence, are given PG ratings as well.”p. Of equal importance, Narvaez said, the ratings system should put the needs of children first. She noted a recent news report in which Jack Valenti, president of the Motion Picture Association of America, rationalized an increase in violence and sex in G and PG ratings by saying that theculture has changed."p. “Indeed, the culture has changed, but children have not,” Narvaez said. “Children still are affected by graphic violence. (University of Wisconsin professor) Joanne Cantor’s work shows that young children are terribly frightened by fantasy horror and violence, such as the ‘Incredible Hulk.’”p. “The media are extremely powerful,” she added. “According to Dr. Cantor’s work, a scary movie at a young age can haunt a person for years. She documents college students who need to sleep with the light on because they are afraid of the dark after having seen a teen horror movie when they were children.”p. Narvaez also said parents need to educate themselves about what their children see.p. “Adults are often unaware of the change in movies and video game violence and tone from when they were young,” she said. “I continue to hear about grandparents who allow their grandchildren to watch ‘South Park’ because it is a cartoon, not realizing how violent and caustic it is.”p. Narvaez’ research centers around issues of moral development and education. Among projects on which she is working is the creation of a scale for rating ethical content in stories and films.p. More information is available at http://www.nd.edu/~alfac/narvaez/ p.