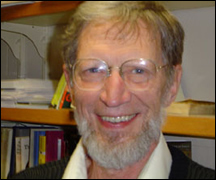 A renowned philosopher from the University of Notre Dame supports recent comments by Cardinal Christoph Schönborn that belief in evolution as accepted by some in science today may be incompatible with Christian beliefs.

Cardinal Schönborn has it right,said Alvin Plantinga, the John A. OBrien Professor of Philosophy and one of the worlds leading scholars in the philosophy of religion.Evolution means different things to different people. Some of these things are perfectly consistent with Christian belief, but others are not.

Some think of evolution as the theory of common ancestry: Any two living things share ancestors, so that we and the poison ivy in our back yard, as well as other living creatures, are cousins. This is surprising, but compatible with Christian belief.

Problems arise, according to Plantinga, whenscientists and others take evolution to be a process that is wholly unguided and driven by chance , so that it is simply a matter of chance that rational creatures like us exist. This is not compatible with Christian belief, according to which God has intentionally created us human beings in His own image. He may have done so by using a process of evolution, but it isnt by chance that we exist.

Plantinga adds that the idea thathuman beings and other living creatures have come about by chance, rather than by Gods design, is also not a proper part of empirical science. How could science show that God has not intentionally designed and created human beings and other creatures? How could it show that they have arisen merely by chance. Thats not empirical science. Thats metaphysics, or maybe theology. Its a theological add-on, not part of science itself. And, since it is a theological add-on, it shouldnt, of course, be taught in public schools.