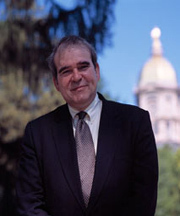 In an article posted this week on the Web site of The Weekly Standard http://www.weeklystandard.com/Content/Public/Articles

Wesley J. Smith reports that Groningen University Hospital in the Netherlands has announced its decision to begin euthanizing children under the age of 12, if doctors believe their suffering is intolerable or if they have an incurable illness.

According to David Solomon, W.P. and H.B. White Director of Notre Dames Center for Ethics and Culture, the decision, however preposterous, should not be surprising.p. Smith is simply reporting what those familiar with medical policy in Europe have known for some time—the assault on children has moved out of the academy and into the hospitals and clinics of some European nations,Solomon said.The direct killing of seriously ill and disabled children is now widely practiced in the Netherlands and this development has been documented by such widely respected medical journals as The Lancet. Belgium also appears to be moving in the same direction.p. Many people are shocked when they discover that sober philosophers holding positions at prestigious universities in this country and Europe regularly defend the moral permissibility of the direct and fully intentional killing of young children and the severely disabled,Solomon said, adding that the first defense of such killing appeared in 1973 in an article,A Defense of Abortion and Infanticide,written by a well known and widely respected philosopher, Michael Tooley, for Philosophy and Public Affairs, a journal published by Princeton University and regarded by many philosophers as the leading journal of ethics in the English-speaking world.p. When Princeton a few years ago named Peter Singer, the Australian philosopher now most closely identified with the worldwide movement to legitimize infanticide, to a prestigious chair of ethics in their University Center for Human Values, Princetons position as the academic beating heart of the assault on children was solidified,Solomon said.p. According to Solomon, such developmentsconfirm what we all already know—ideas do have consequences. Where academic philosophers lead, the illuminati who control the commanding heights of our secularized culture increasingly tend to follow. When the current Pope has spoken about contemporary culture as aCulture of Death,some have thought his language to be hyperbolic. In light of these recent developments, however, we might conclude rather that, once again, Pope John Paul II sees more clearly—and speaks more boldly—than the rest of us.p. _Contact: David Solomon, director of the Center for Ethics and Culture at 574-631-8786 or Solomon.1@nd.edu _ p. p.