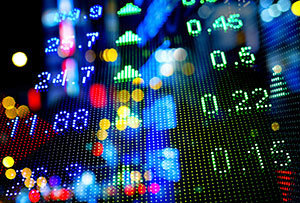 A flood of financial information about the banking industry will be released with no fanfare near Thursday (April 30), as is the case around the 30th of the first month of each quarter. Some investors are aware of this routine quarterly event and trade on it, but the event is not widely known and occurs outside of the purview of the SEC, the agency tasked with ensuring that investors have equal access to company information. In some cases, the event makes old news of reports that are later released through SEC-governed channels.

This phenomenon sparked the interest of a trio of researchers from the University of Notre Dame’s Mendoza College of Business, who found that this torrent of information routinely causes volatility in bank stock prices around the 30th day of the last month of the quarter.

Researchers Brad Badertscher, Jeff Burks and Peter Easton pointed out that the massive information release occurs when another regulatory agency, the FDIC, posts to the Web thousands of detailed financial reports that banks have submitted to the agency for supervisory review. These “call reports” include quarterly earnings and a host of information about capital levels, investments and risk exposures.

For banks that are part of holding companies, the reports provide this information at the individual bank level rather than at the holding company level, but most holding companies hold just one bank. In some cases, the quarterly earnings information is released by the FDIC even before the bank or bank holding company itself officially announces earnings via a press release or a conference call. The call reports become available on the FDIC website without announcement from the FDIC or the banks.

Details about the release pattern of call reports have been difficult to obtain. After being denied a Freedom of Information Act request for a historical record of release dates, Badertscher, Burks and Easton decided to track the daily posting of the reports on the Web from 2012 to early 2014. They discovered that, rather than trickling out, the vast majority of reports become public between the 29th and 31st day of the last month of each quarter, creating a torrent of information about individual banks and the industry as a whole. They found that this torrent routinely causes volatility in bank stock prices around the 30th day of the last month of the quarter. The volatility indicates that at least some investors are trading on the information, but questions remain about the level of awareness among investors.

The researchers pointed out that there are two ways that investors can use call reports information.

“First and most commonly, the reports tend to provide more detailed information than what banks include in earnings announcements and mandatory 10-K and 10-Q filings with the SEC,” Burks said. “The more detailed information consists of finer subcategories of financial statement items as well as extra details about mortgage lending activities, regulatory capital and credit risk. Furthermore, this information is provided in standardized schedules (i.e., fixed reporting templates), whereas the information in earnings announcements and 10-Ks or 10-Qs tends to be more free-form and organized in a way that is particular to each bank.

“Second, in a small minority of cases, the reports reveal large components of earnings even before the banks have officially announced earnings for the quarter, creating the possibility that investors who know about these reports could profitably trade on the information ahead of the earnings announcement.”

The study is titled “Day 30: The Tacit Quarterly Information Event in the Banking Industry." It can be viewed here.