Imagine if the next coat of paint you put on the outside of your home generates electricity from light—electricity that can be used to power the appliances and equipment on the inside.

A team of researchers at the University of Notre Dame has made a major advance toward this vision by creating an inexpensive “solar paint” that uses semiconducting nanoparticles to produce energy. 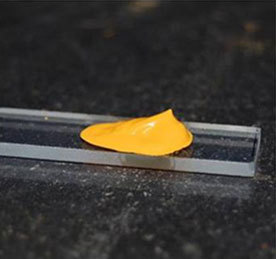 “We want to do something transformative, to move beyond current silicon-based solar technology,” says Prashant Kamat, John A. Zahm Professor of Science in Chemistry and Biochemistry and an investigator in Notre Dame’s Center for Nano Science and Technology (NDnano), who leads the research.

“By incorporating power-producing nanoparticles, called quantum dots, into a spreadable compound, we’ve made a one-coat solar paint that can be applied to any conductive surface without special equipment.”

The team’s search for the new material, described in the journal ACS Nano, centered on nano-sized particles of titanium dioxide, which were coated with either cadmium sulfide or cadmium selenide. The particles were then suspended in a water-alcohol mixture to create a paste.

When the paste was brushed onto a transparent conducting material and exposed to light, it created electricity. 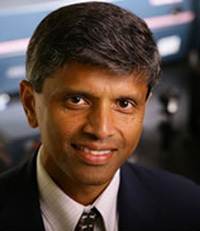 “The best light-to-energy conversion efficiency we’ve reached so far is 1 percent, which is well behind the usual 10 to 15 percent efficiency of commercial silicon solar cells,” explains Kamat.

“But this paint can be made cheaply and in large quantities. If we can improve the efficiency somewhat, we may be able to make a real difference in meeting energy needs in the future.”

“That’s why we’ve christened the new paint, Sun-Believable,” he adds.

Kamat and his team also plan to study ways to improve the stability of the new material.

This research was funded by the Department of Energy’s Office of Basic Energy Sciences.