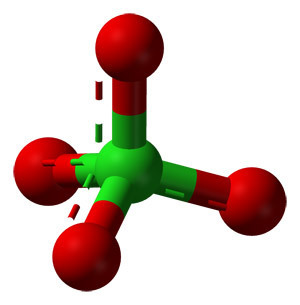 This week’s editions of the journal Science include a perspective piece by University of Notre Dame researcher Rob Nerenberg on the microbial reduction of perchlorate. The piece offers comments on a new paper in the journal that changes several paradigms about perchlorate-reducing microorganisms.

Nerenberg, an associate professor of civil and environmental engineering and earth sciences, points out that roughly 20 years ago, investigators discovered that perchlorate, a chemical widely used in rocket propellants and explosives, was present in many water supplies across the United States. Perchlorate can inhibit thyroid function, potentially leading to developmental problems in fetuses and infants. The public outcry led to intense research on perchlorate and its remediation.

“Researchers became very interested in perchlorate-microorganisms for use in biotreatment systems,” Nerenberg said. “The perchlorate reducers were found to be ubiquitous in the environment. Perchlorate provided these microorganisms with energy for growth, just as oxygen helps humans obtain energy from our food. Perchlorate is a strong oxidant, like oxygen, and therefore can provide a significant amount of energy.” 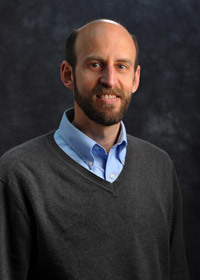 Nerenberg notes that the previously known perchlorate-reducing bacteria were closely related to each other, and had a specialized two-enzyme pathway: one enzyme to reduce perchlorate to chlorite, a toxic byproduct, and a second enzyme to detoxify chlorite by splitting it into oxygen and innocuous chloride. The oxygen provided further energy for the bacteria.

The new paper in Science reveals that the attribute for perchlorate reduction is not limited to a narrow group of microorganisms. Also, it can be done without the second detoxifying enzyme by using a chemical detoxification reaction. By following the authors’ strategy for culturing their microorganisms, researchers may find an even greater diversity of perchlorate reducers.

Nerenberg has developed new types of perchlorate-reducing bioreactors including hydrogen-based, membrane-supported biofilm reactors and microbial fuel cells. He also has studied novel species of perchlorate-reducing bacteria that have unique kinetic behavior. Most recently, he is exploring the possible ecological role of the special second enzyme, called the chlorite dismutase, which has been found in non-perchlorate reducing bacteria.