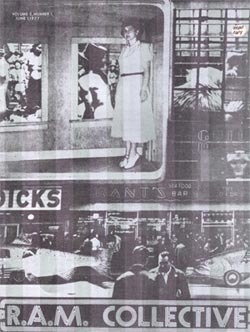 A research team based at the Julian Samora Library of the University of Notre Dame’s Institute for Latino Studies (ILS) is one of three hemispheric teams to have its work featured in the launch of the Museum of Fine Arts Houston (MFAH) digital archive, which was formally released to the public during an international symposium held in Houston on Jan. 19 to 20.

A project of the International Center for the Arts of the Americas (ICAA) at MFAH, “Documents of Twentieth-Century Latin American and Latino Art” is the result of a decade-long, multimillion-dollar initiative. The goal of the project is to identify and retrieve thousands of primary and critical texts by notable Latin American and Latino artists, critics and others who have played an important part in the development of the art produced along this cultural axis. The documents include manifestos, correspondence, artists’ sketches, lectures and other unpublished manuscripts. These documents have been catalogued, digitized and entered into a Web-based archive that will create a foundational intellectual corpus for further research and scholarship.

This first phase of the multiyear launch includes 2,500 primary documents from Argentina, Mexico and the Midwest region of the United States. Documents from Brazil, Chile, Colombia, Peru, Puerto Rico, Venezuela and the U.S. West Coast, New York and Florida will be added to the website over the next three years, with the entire selection of 10,000 holdings to be made available by 2015, with additional documents to be added in perpetuity.

The ILS-based team researched, selected, described, digitized and secured copyright permission for the database’s Midwest documents. The team identified materials in the Midwest through summit meetings in several states, surveys of artists’ files and research. In addition, the team led efforts to research and obtain copyright permission for all of the project’s U.S. teams’ documents.

“The participation of the University of Notre Dame in this project,” said Olga Herrera, lead researcher for the Notre Dame-based Midwest team, “is significant in the expansion of a hemispheric exchange of research and dissemination of knowledge with scholars from universities across the Americas.” 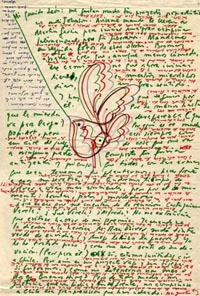 Since the 1910s, the Midwest has been an area of confluence of Latin American cultures rich in a heritage. However, the Latino art and cultural expressions that emerged in the United States Midwest region have, until recently, been largely overlooked by scholars. The Notre Dame research team has recovered and charted this artistic presence, including the spread of the Midwestern Muralist movement in the 1960s and ’70s, anchored by the legacy of Diego Rivera in Detroit and David Alfaro Siqueiros in Chicago.

The Notre Dame-based Midwest team was led by Gilberto Cardenas, assistant provost and director of the Institute for Latino Studies. The team was managed by Tracy Grimm, archivist and head of the Julian Samora Library at ILS. Herrera, Ph.D. candidate, George Mason University, an ILS staff member serving as the national coordinator for the Inter-University Program for Latino Research, served as a lead researcher. The team also included several Notre Dame undergraduate and graduate research assistants between 2006 and 2009 who assisted with research as well as the process of securing copyright permissions for the digital documents.

“Copyright and digital archives are a complicated business,” says Grimm. "Almost no one is prepared for the amount of research and time it takes to secure copyright permissions. We were incredibly fortunate to be able to involve Notre Dame undergraduate students in the ICAA project. They were extremely professional in working with all the artists and writers and publishers they had to contact. The students did an amazing job and I believe learned a great deal along the way not only about copyright laws, but the practical, ‘real world’ application.”