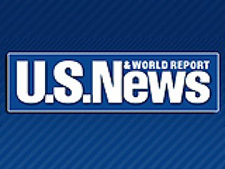 Eleven leaders of the nation’s largest corporations earned their degrees from the University of Notre Dame, which ranks the University at No. 8 in the U.S. News & World Report study of the educational backgrounds of 2010’s Fortune 500 CEOs. The listing is part of Fortune magazine’s annual ranking of American corporations based on revenue.

Of the 11 Notre Dame degrees, nine were at the undergraduate level and two were graduate degrees, according to the survey.