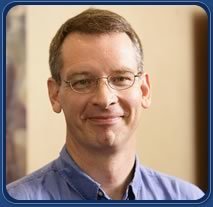 Brad S. Gregory, Dorothy G. Griffin Associate Professor of Early Modern History at the University of Notre Dame, has co-edited “Seeing Things Their Way,” a collection of essays that aims to bridge the gap between intellectual history and the history of religion.

Gregory’s primary teaching and research interests concern the history of Christianity in late Medieval and early modern Europe, including Roman Catholicism, Protestantism and radical Protestantism, as well as the long-term effects of the Reformation era on subsequent Western history.

Gregory’s first book, “Salvation at Stake: Christian Martyrdom in Early Modern Europe,” published in 1999, received six book awards. In 2005 he was the inaugural winner of the Hiett Prize in the Humanities from the Dallas Institute of Humanities and Culture, an award given to the outstanding mid-career humanities scholar in the United States.