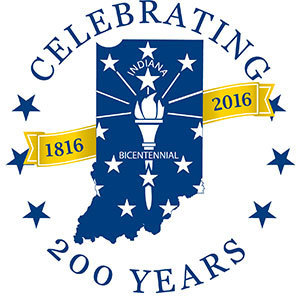 A statewide torch relay, which kicked off on Sept. 9 as part of Indiana’s bicentennial celebration, is scheduled to pass through St. Joseph County this weekend. On Saturday (Oct. 8), the torch will travel through parts of St. Joseph County, including the University of Notre Dame campus, in the hands of five Notre Dame representatives who have been selected as local torchbearers, including University President Rev. John I. Jenkins, C.S.C.

Along with Father Jenkins, other Notre Dame torchbearers include Rev. Paul Kollman, C.S.C., executive director of the Center for Social Concerns; Tracy Kijewski-Correa, the Leo E. and Patti Ruth Linbeck chair and associate professor of civil and environmental engineering and earth sciences; Anna Rohrer, a sophomore student-athlete from Mishawaka; and Morgan Ludwig, a freshman from Granger. Torchbearers were selected by a local committee from public nominations.

In his role as president, Father Jenkins has led the University’s commitment to expanding local partnerships and collaborations with programs such as the Robinson Community Learning Center, Notre Dame Center for Arts and Culture, Eddy Street Commons and Innovation Park. He is committed to supporting the surrounding community as evidenced by the University’s local economic impact, which has been measured at more than $1 billion over the past several years.

Under Father Kollman’s leadership, more than 2,000 students log 70,000-plus hours of community service through community-based learning and volunteer opportunities, benefiting some 80 nonprofits in the region.

Kijewski-Correa, a structural engineer, has been lauded for her research and work that focuses on the impact of natural disasters and substandard infrastructure on developing countries. She also serves as faculty adviser for ND-SEED, a coalition of students empowering others through engineering development. The group works to design, fundraise and construct bridges for villages in Central America and Nicaragua.

A 2015 salutatorian of Mishawaka High School, Rohrer won multiple national and state championships as a distance runner and is now a member of the Notre Dame cross-country team. She has served on the South Bend Youth Leadership Council, on the Mishawaka Mayor’s Youth Advisory Council and as a student ambassador for D.A.R.E. She is a recipient of the Mishawaka Business Association Outstanding Citizen Award. Last year, she completed her first cross-country season at Notre Dame with a sixth-place finish at the NCAA Cross Country Championship and placed second at the Atlantic Coast Conference Championship.

Ludwig was a 2016 valedictorian of Penn High School, where she was awarded a Gold Medal Congressional Award for young Americans. She founded “Handwritten Hearts,” a student organization at Penn that prepares handwritten notes and delivers them with personal visits to patients at St. Joseph Regional Hospital, many of whom would otherwise have no visitors at all.

The torch is expected to arrive at the Notre Dame campus at noon. It will be carried through the Irish Green, past the DeBartolo Performing Arts Center and down Notre Dame Avenue to the intersection with Angela Boulevard. Spectators are encouraged to line the relay route.

The torch is on a 3,200-mile journey across the state through all 92 counties. The relay began on Sept. 9 in Corydon, the state’s first capital, and the journey will end Oct. 15 on the Statehouse Grounds in Indianapolis.