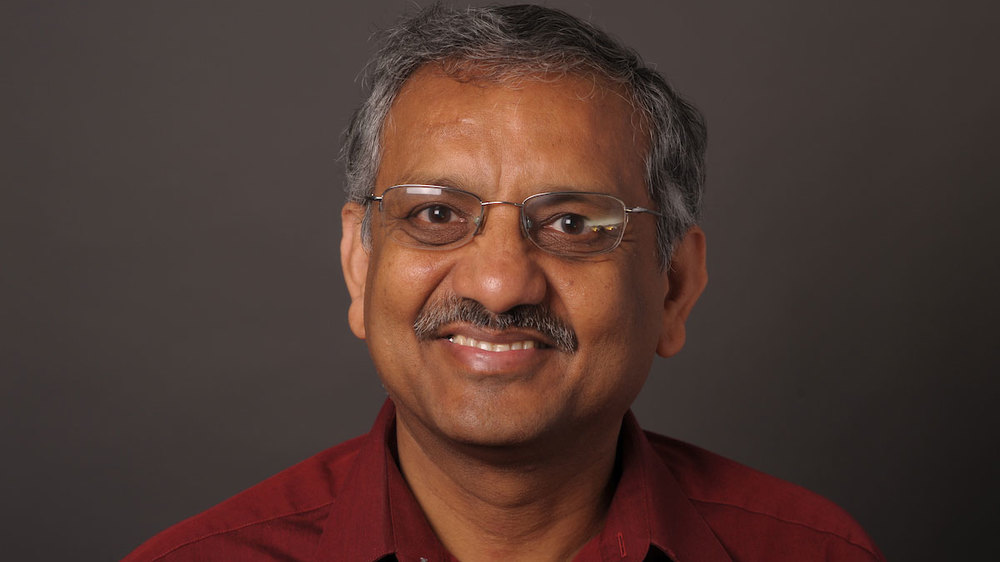 Nuclei can be round, like a soccer ball, or oblong, like a football. Others are slightly oblong but misshapen, like a potato. One of the only two ways to observe the third shape, rarely encountered, is when the nucleus wobbles like a lopsided top.

Researchers had previously seen these rare triaxial nuclei wobble on their shorter, transverse axes. But University of Notre Dame researchers and collaborators recently discovered that the nuclei also wobble on their intermediate axes. Their research, “Longitudinal Wobbling Motion in 187Au,” was published recently in the premier physics journal, Physical Review Letters.

The work took four to five days to complete once the team assembled at Argonne National Laboratory, in Illinois. Notre Dame physics graduate student, Nirupama Sensharma, who was the first author on the paper, spent about a year analyzing the data. Her work was highlighted recently in Nature.

Sensharma worked with Umesh Garg, professor in the Department of Physics, to develop an experiment using an isotope of gold to find out if the nucleus wobbled as predicted in a theoretical model developed by Stefan Frauendorf, also a professor in the Department of Physics. Frauendorf had hypothesized that triaxial nuclei would have two different types of wobbling motion.

The fundamental research, which Garg said does not have an immediate application for technology, was chosen as an editor’s selection in the journal. It was also highlighted as a synopsis in Physics, the online magazine of the American Physical Society. Papers selected for coverage must include an experimental breakthrough, or provide a theory with a new perspective, among other criteria.

“Where its importance lies is in confirming the predictive power of the underlying theoretical framework, generating more confidence in other predictions about nuclear physics,” Garg said. “This, among other things, can help us understand how various processes happen in stellar environments, and how heavy elements, like gold, are formed in the universe.”

In 2016 Frauendorf suggested an experiment on a gold nucleus after predicting the wobbling should exist.

“Professor Garg’s group created an outstanding experiment to measure the distribution of radiation,” Frauendorf said, noting that the experiment validated his prediction.

The work, funded by the U.S. Department of Energy, was completed at the Argonne National Laboratory inside an instrument called Gammasphere. Gammasphere is the world’s most powerful gamma ray spectrometer, and collects gamma ray data following the fusion of heavy ions. Inside Gammasphere, a beam of ions and the target nucleus combine to create a much heavier, highly excited nucleus that gives off gamma rays. By observing the pattern and properties of the gamma rays, researchers can discover the structure of the nucleus – and a wobbling nucleus has a very specific structure.

Initially, Garg and his collaborators planned to look for wobbling in 189Au, but ended up accidentally populating another isotope of gold, 187Au, more strongly. The mistake was a serendipitous one.

“That one was right, it turns out,” Garg said. “But that’s how science goes; if we had done the experiment exactly as planned, I probably would have come back and said, this doesn’t very much seem like what we’re looking for.”

Originally published by Deanna Csomo McCool at science.nd.edu on February 05, 2020.

Econometrics researcher’s calculations illustrate why we should social distance