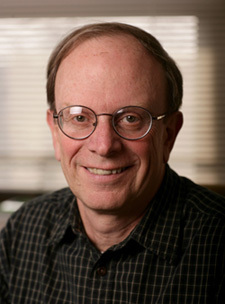 Storin was associate vice president for news and information from 2002 to 2006, after which he continued to teach through 2011 in the University’s John W. Gallivan Program in Journalism, Ethics & Democracy.

“I am thrilled that Matt has accepted this offer to once again return to his alma mater to lead our varied communications initiatives,” Nanni said. “Matt’s professional expertise and deep understanding of Notre Dame make him the ideal person for this new position.”

Storin added: “This is a time of enormous change for how we convey and receive information, so I’m especially pleased to be returning to Notre Dame to work with a team of accomplished and forward-looking professionals in University Communications. Notre Dame combines the Catholic intellectual tradition with attributes of a great research university and has many unique stories to tell. I relish being part of that effort again, telling our story across a multitude of platforms.”

After graduating from Notre Dame with a bachelor’s degree in sociology, Storin began his newspaper career with the Daily News in his hometown of Springfield, Mass. He then served for four years as the congressional correspondent for the Griffin-Larrabee News Bureau in Washington, D.C.

Storin returned to The Globe in 1992 as executive editor and was promoted to editor a year later. Under his direction, the newspaper won four Pulitzer Prizes.

He retired as editor of The Globe in July 2001 and held a fellowship at Harvard University’s Shorenstein Center on the Press, Politics and Public Policy before his first return to Notre Dame.

Storin has served on Notre Dame’s advisory council for the College of Arts and Letters since 1996 and has been a member of the advisory committee for the Gallivan Program.